Arvind Kejriwal took to his Twitter handle and stated that he has heard that Raghav Chadha will be arrested and the Centre is forming a case against him. Author : Ujjwal Samrat 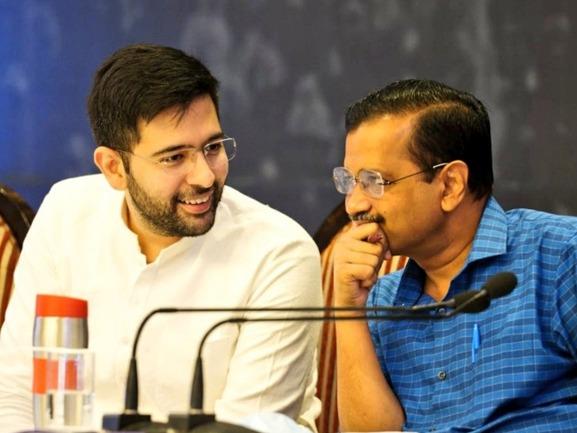 Arvind Kejriwal in his tweet stated that after ever since Chadha started visiting the 'poll bound' Gujarat after he was appointed as party’s joint in-charge for poll-bound Gujarat, he has been listening that the Rajya Sabha MP will be arrested. Although Kejriwal stated that he does not know under which case Chadha will be arrested, it is a fact that a case is being formed against him. After Kejriwal's tweet, AAP Gujarat highlighted its earlier tweet saying that the BJP is in fears seeing the increasing popularity of the Aam Aadmi Party in Gujarat and therefore they have been planning to arrest Raghav Chadha. Notably, AAP also appealed to its workers to be ready to get arrested.

For the unversed, Raghav Chadha who spearheaded AAP's successful campaign in Punjab was appointed the party’s joint in-charge for poll-bound Gujarat. Chadha, Rajya Sabha MP from Punjab is also the chairman of an advisory committee to Punjab’s Chief Minister Bhagwant Mann. Currently, AAP and Arvind Kejriwal have been focusing on the upcoming Gujarat Elections. Gujarat which is called the stronghold of the BJP is under the 'Safforon' party for 27 years. Although the Election Commission, is yet to announce the dates, political parties have already started their campaigns. The AAP had unsuccessfully contested 30 seats in Gujarat in 2017. But in 2021, the party won in 27 wards at the municipal corporation polls in Surat. Notably, under Raghav Chadha, AAP won the Punjab polls in March with a thumping majority of 92 out of 117 assembly seats.