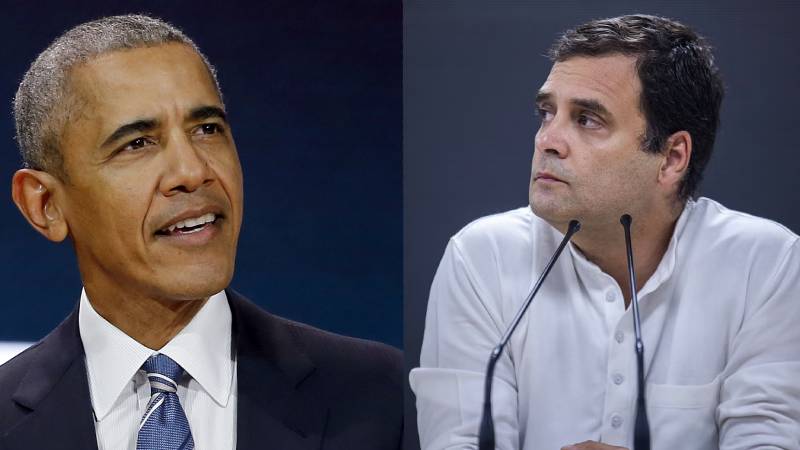 The first rush of book excerpts swirling on the internet point to a brutal takedown of Rahul Gandhi. "Rahul Gandhi has a nervous, unformed quality about him, as if he were a student who'd done the coursework and was eager to impress the teacher but deep down lacked either the aptitude or the passion to master the subject," notes the review.

"We are told of the handsomeness of men like Charlie Crist and Rahm Emanuel, but not the beauty of women, except for one or two instances, as in the case of Sonia Gandhi," writes reviewer Chimamanda Ngozi Adichie.

Secretary of Defense Bob Gates and the Indian prime minister Manmohan Singh both are clubbed into a subset of people who have a "kind of impassive integrity."

Writing about Joe Biden, Obama senses he "might get prickly if he thought he wasn't given his due - a quality that might flare up when dealing with a much younger boss."

Obama's latest book, coinciding with the return of his Vice President Joe Biden to the White House, takes readers on a journey from his earliest political aspirations to the watershed night of November 4, 2008, when he was elected the 44th President of the United States, becoming the first African American to hold the nation's highest office.

'A Promised Land' will be published on November 17 by Crown.

Obama's other books include 'Dreams from My Father' and 'The Audacity of Hope'.