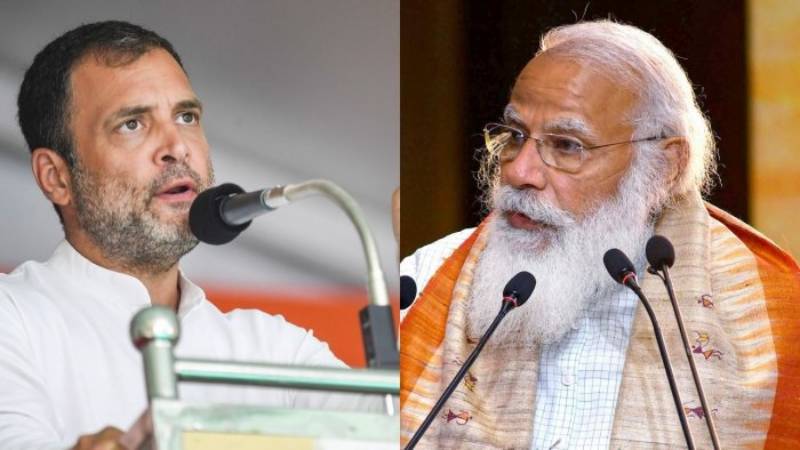 Congress leader Rahul Gandhi on Monday lashed out at PM Narendra Modi after the latter’s free vaccine announcement for the people above 18 years of age.

Addressing the nation, the Prime Minister made it clear that the Central government will provide the vaccine doses free of cost to the states. The centre would handle 25% of the vaccination work with the respective states and the new policy will come into effect from June 21.

However, the free vaccine announcement did not go well with the Opposition leader Rahul Gandhi. He took to his verified Twitter handle and asked a simple question to PM Modi.

“One simple question-if vaccines are free for all, why should private hospitals charge for them? #FreeVaccineForAll” tweeted Gandhi.

Also Read:PM Modi’s speech hails a mixed bag of reactions from Netizens, have a look

However, it was not only Rahul Gandhi who attacked PM Modi as another senior Congress leader Jairam Ramesh held the same view.

In his tweet Jairam states that Congress had already asked the Centre to formulate the Centralized vaccine policy to save overwhelming lives amidst the second wave of coronavirus.

"The Prime Minister inflicted a huge cost on the people of India before accepting the Opposition's demand for centralized procurement and free vaccination for 18-44-year-olds. Humility and reaching out will not hurt him," Jairam tweeted.

Also Read:From free covid vax for 18+ to process of unlocking, here are the key takeaways from PM Modi’s address

"We will like to thank the honourable Supreme Court. Due to the court's intervention, all eligible age groups will now get the vaccines for free. This could have been done earlier if the centre wanted. Because of the centre's policy, neither the states were able to buy vaccines nor the centre was giving vaccines," Sisodia tweeted in Hindi.