Mumbai Police is quizzing Raj Kundra to extract the details of the case however, he has not spoken much. 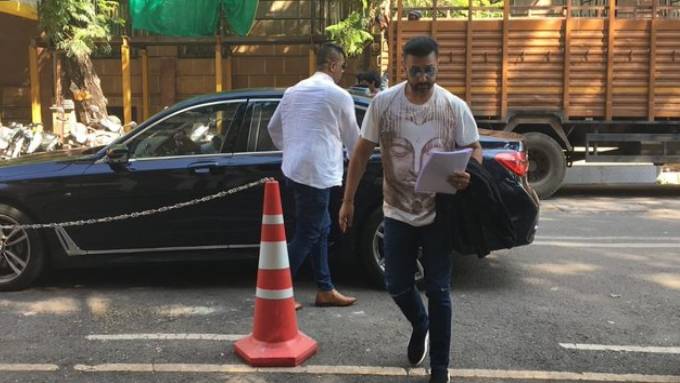 Going by the media reports, Arvind Srivastava alias Yash Thakur, who is absconding accused and is among one of the key conspirators of the racket, had sent a complaint email to the Anti-Corruption Bureau (ACB) in March. In the email, Arvind has alleged that Raj Kundra has paid Rs2.5 million (25 lakh) as a bribe to the police via US-based firm Fliz Movies (Nukeflix).

As per the reports, WhatsApp chat screenshots of the bribe chat were attached in the email which said, “demand, through a police informer, to pay an equal amount was also made to the firm.”

Reportedly, the ACB has forwarded the email to the Mumbai Police Chief’s office in April however, the officers have refrained from commenting on it.

In a conversation with the media house, Mumbai Police’s official spokesperson, DCP Chaitanya S said, “He is not aware of the accusations.”

Also Read:Raj Kundra had ‘Plan B’ on the list after Hot Shots if Mumbai Police detain him

Reiterating here, Mumbai Police Crime Branch arrested Raj Kundra on July 19 in a case linked to the creation of pornographic content and its publication on apps. He is in custody till July 23.

Mumbai Police is quizzing Raj Kundra to extract the details of the case however, he has not spoken much.

A case has been booked against him under sections 420 (Cheating), 34 (Common Intention), 292 and 293 (Related to Obscene and Indecent Advertisements and Displays) of the IPC along with relevant sections of the IT Act and the Indecent Representation of Women (Prohibition) Act.