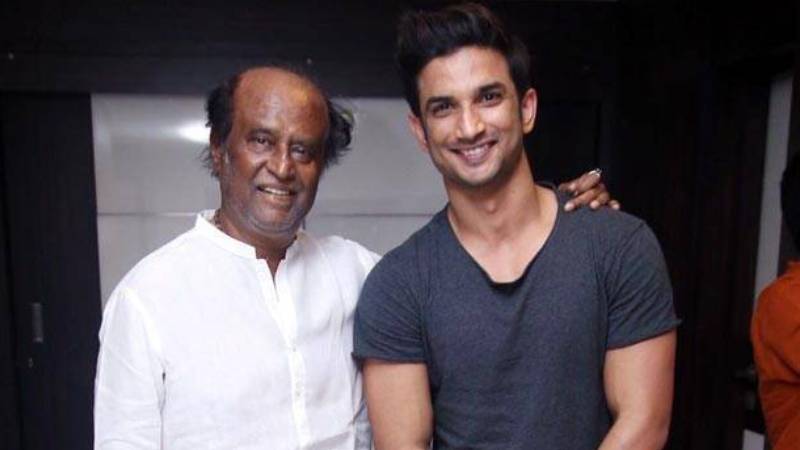 Southern superstar Rajinikanth turned 70 on Saturday and Tamil Nadu Chief Minister K. Palaniswami and DMK President M.K. Stalin led others in greeting the veteran actor, who is set to launch his party soon.

Fans of the megastar who had assembled outside his residence at the Poes Garden were in for a disappointment though.They had arranged to cut the birthday cake for their idol and had hoped to greet their star but Rajinikanth was not at his residence and had gone away with his family.

It is said that Rajnikanth is worshipped in real life in the south however, late Bollywood actor Sushant Singh Rajput indeed worshipped him in his last ever movie. Sushant's last movie 'Dil Bechara' was not just a film as it got released after the tragic demise of him. The movie also caught the attention of South Indians as it showcased Sushant as a die-hard fan of Rajnikanth. Sushant, saying he wants to be like Rajinikanth stood out for the audience. Fans loved the tribute and felt that the Thalaiva would appreciate the gestures if he saw the film.

However, it is not the first time Sushant expressed his love for Rajnikanth. Ahead of the release of MS Dhoni: The Untold Story, Sushant and Dhoni flew down to Chennai for the film's promotions in 2016. After the event at the prestigious Satyam Cinemas, the duo went to Rajinikanth's house in Poes Garden and interacted with him.