On Monday, the railways' officials changed the uniforms of the serving staff after seers from Ujjain raised an objection.

The Indian Railway Catering and Tourism Corporation (IRCTC), on Monday evening, announced that it will replace the saffron dress of servers onboard the Ramayan Express in response to a protest by seers in Ujjain, Madhya Pradesh.

The Railways in a statement said, “It is to inform that the dress of service staff is completely changed in the look of professional attire of service staff. Inconvenience caused is regretted”.

The protest against the attire started as the seers from Ujjain said that it was an insult to Hindu sentiments and also threatened the Railways to stop the train in Delhi on December 12.

Also Read: EPFO subscribers may lose PF if UAN not linked with Aadhar by Nov 30

“We wrote a letter to the railway minister two days ago, lodging our protest against waiters serving refreshments and food in the Ramayan Express in saffron. Donning a saffron attire with a sadhu-like headgear and wearing malas (necklaces) of rudraksha is an insult to the Hindu religion and its seers,” Ujjain Akhada Parishad's former general secretary Avdeshpuri told media agency PTI.

The new dress has normal shirts and trousers, as well as traditional headwear, on the other hand, the waiters would be dressed in saffron masks and gloves.

Have a look at the new dress: 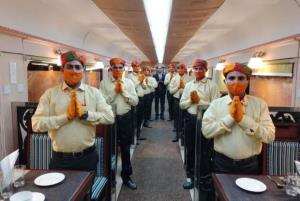 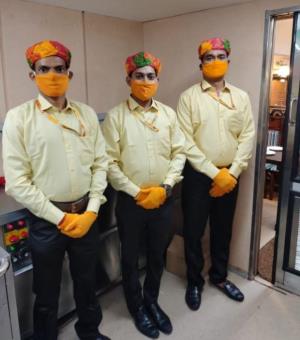