In 2019, Ramya guest-hosted the show in Telugu. As a result, she is familiar with the show's mechanics and format. 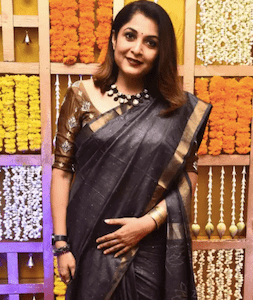 There is been speculation over who will host Bigg Boss Tamil 5 since Kamal Haasan tested positive for COVID-19. Kamal, who has hosted the show since its inception in 2017, will be unavailable for at least two weeks. And there have been rumours that Vijay Sethupathi, Simbu, or Shruti Haasan will take over as host.
Also Read: Bigg Boss 15: Angry Salman Khan stops Tejasswi Prakash; calls Karan Kundrra 'ishq mein nikamma’
There was even talk that Kamal will phone in to host the weekend programme through a zoom call.
Also Read: Vicky is not getting married to Katrina Kaif, such news is just rumors: Vicky Kaushal's cousin sister
According to a source familiar with the matter, Ramya Krishnan will be hosting the programme this weekend. "In 2019, Ramya guest-hosted the show in Telugu. As a result, she is familiar with the show's mechanics and format. The channel approached Ramya Krishnan to host the show while Kamal is recovering. She's already judged a couple shows for the channel, and they get along well. The company finally brought her on board for the weekend episodes because she had prior exposure "a source informed
Meanwhile, there are some intriguing wildcard participants on the show. Abishek Raaja, who had previously been ousted from the programme, was reintroduced as a wildcard entrant. Sanjeev, the actor, has just joined the house as the second wildcard entrant.


About Kamal Hassan
Kamal Haasan is now being treated at Chennai's Sri Ramachandra Medical Centre. According to the hospital's most recent health report, the actor is still in stable condition. The press statement read, "Sri Kamal Haasan has been admitted to Sri Ramachandra Medical Centre. He is recovering well. His condition continues to be stable (sic)."


Shruti Haasan, his daughter, turned to social media to say that her father, Kamal Haasan, is doing well. The actor is expected to be released within the next few days.