Randhawa, Bajwa and Pargat Singh ahead in the race of Congress Chief Post

The leaders of the party are expected to meet Congress high command on Saturday. Author : Priyanka Vinayak 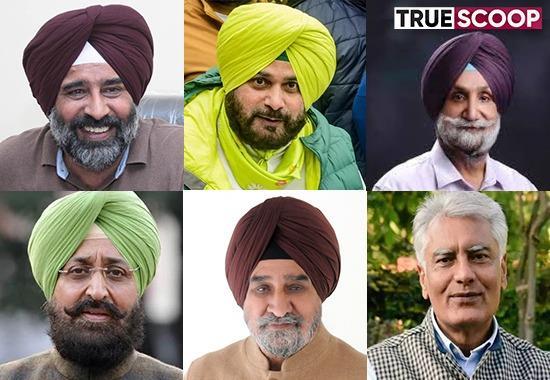 Congress interim president Sonia Gandhi has been consulting G-23 leaders for organizational changes in the party. Navjot Singh Sidhu will meet Sonia Gandhi on March 26 in Delhi after quitting as Punjab Pradesh Congress Committee chief.
According to sources, Sukhjinder Singh Randhawa, Partap Bajwa and Pargat Singh are ahead in the race of Punjab Congress president. Sukhjinder Singh Randhawa and Pargat Singh have been re-elected from their respective constituencies. So, they have bright chances ahead.
On the other hand, Sukhjinder Singh Randhawa, Partap Bajwa and Pargat Singh along with Tript Bajwa and Raja Warring are also competing for the position of Leader of Opposition. The leaders are expected to meet Congress high command on Saturday.
Navjot Singh Sidhu, after losing the elections, is completely out of the race.  A few days after giving his resignation, he shared a picture with leaders of the Majha and Doaba region on Twitter to signal that he still has support in Punjab Congress.
Punjab Congress leader Sunil Jakhar on Wednesday slammed Sonia Gandhi on Twitter for meeting G-23 leaders. In order to get support from Hindu voters, Congress might announce Sunil Jakhar as Congress Chief.
Also read: First complaint on Bhagwant Mann’s helpline number
In recent assembly elections in 5 states, AAP swept Punjab, wiping out the ruling Congress and The BJP retained all four states it ruled, with a sparkling victory in the politically crucial Uttar Pradesh, ensuring a boost in the coming Rajya Sabha polls and the 2024 national elections.