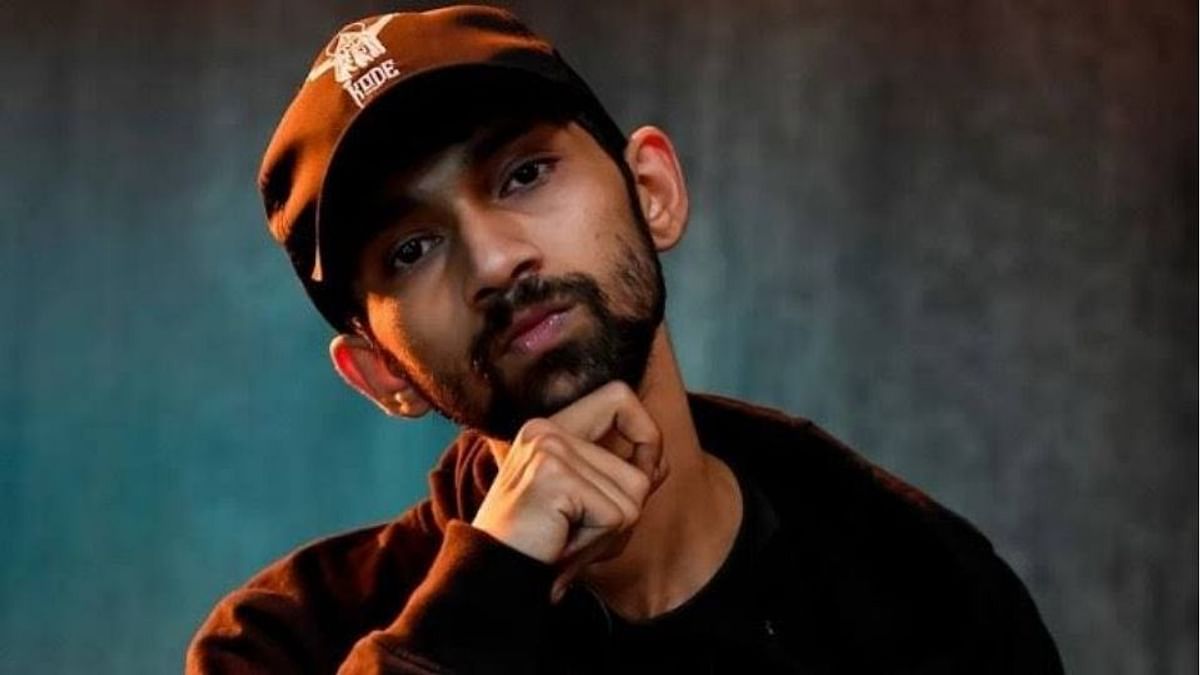 Rapper MC Kode aka Aditya Tiwari went missing from New Delhi on Wednesday. He had hinted at suicide in his last post on social media.

Today, his mother has filed a report of a kidnapping. Deputy Commissioner of Delhi Police Atul Kumar said that as soon as the complaint was registered the efforts to trace him started. But the police were unable to find him.

The case has been registered under the IPC section 356 and the investigation is still on.

When he went missing, he posted a story on his Instagram account. He wrote, “The constant suffering and trials and tribulations of life have made me weak. I hoped for it to end one day and be at peace. Currently standing at an isolated bridge overlooking the Yamuna river where I could see the waves answering my distress call while giving me much-needed perspective. I could only ask for your forgiveness as my selfish actions will definitely cause a great amount of grief but I need you to realize this comes at the cost of me being finally at peace and safeguarding the people around me. Please don’t bother the people associated with me, give them time to grief. I do not blame anyone for anything but myself. A relief from own existence is gonna serve as a punishment that the entire country wanted. Thank you.” 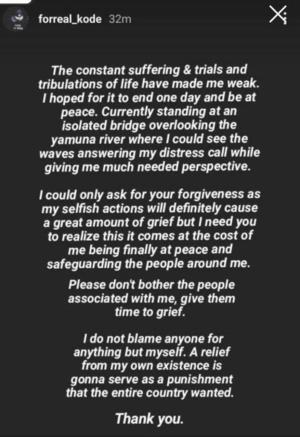 He was in controversy for the last few days because of his old video, in which he disrespected the Hindu epic Mahabharata. People were furious and asked to arrest MC Kode, later he apologized as the controversy escalated.

He asked for an apology through his Instagram account. He wrote, “I am sorry to everyone whose sentiments have been hurt because of what I said. I was a teenager back then looking for cheap reactions just and never realized the consequences and since then I have grown into someone who hates his teenage years because of my own stupidity.

After nine brands canceled their endorsements towards me and three of my gigs canceled, I am left with no source of income and I completely accept that and I should deserve more too my general stupidity and lack of awareness. I am deeply sorry and I could only request you to accept my apology.

As of now, I have submitted a request to delete all my songs from streaming and youtube. Also, my work has been wiped out. I promise to never be this stupid and stay out of this beautiful hip-hop culture.”