Veteran actor Rasik Dave passes away: Reminiscing some of Mahabharata star's major roles and his career: 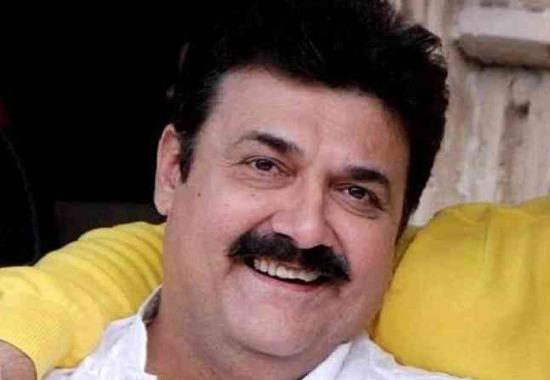 Widely acclaimed for his role as Nanda in the epic serial ‘Mahabharata’ veteran actor Rasik Dave lost the battle of life to a prolonged illness aged 65. Dave was battling kidney ailments for four years his mother-in-law actor Sarita Joshi informed. Dave was a man made of hard work and perseverance, he didn’t get overnight success. Rising from the struggles in Gujarati plays, he paved the way for major roles in the entertainment industry. Rasik Dave worked in several Gujarati plays, Gujarati films, and many serials.
Dave made his acting career debut in the year 1982, with a Gujarati film, titled, ‘Putra Vadh’. In Hindi films and TV shows, the actor is best known for his work in Hrishikesh Mukherjee-directed movie “Jhoothi”, TV shows like “Ek Mahal Ho Sapno Ka”, “Mahabharat”, “Sanskaar – Dharohar Apnon Ki” and dance reality series “Nach Baliye”, in which he appeared with his wife and popular TV artiste Ketki Dave.
Also Read: 'The Gray Man' star Dhanush turns 39: A look at his career and rumors around dating
His other major contribution to the Hindi T.V serial segments include Byomkesh Bakshi (1993), the famous drama series CID, the Bollywood movie Masoom (1996), and other several T.V projects in the later part of his life. Though his acting career in Indian cinema was short-lived his wife renowned actress Ketki Dave made a lot of fame to her credit with many recognizable performances on T.V and in the film as well.
“Dave had a weakness, his blood pressure, and kidney issues. He was on dialysis. He was there in the hospital for about 15 to 20 days. He was brought home on Thursday and I met him and he just smiled at me. He passed away at 7-7.30 pm yesterday,” Actress Sarita Joshi told while talking to the media.
Dave’s last rites were done earlier this morning among his close friends and family members. The actor is survived by his wife, a son, and a daughter Riddhi Dave an aspiring actor in the footsteps of her parents.