Real vs Reel: Is Bimbisara a true story based on Magadh Emperor in the 5th century BC?

The answer is yes and no at the same time. Confused? Ram Kalyan, indeed will be playing the character of the Emperor of Magadh in the 5th century BC. 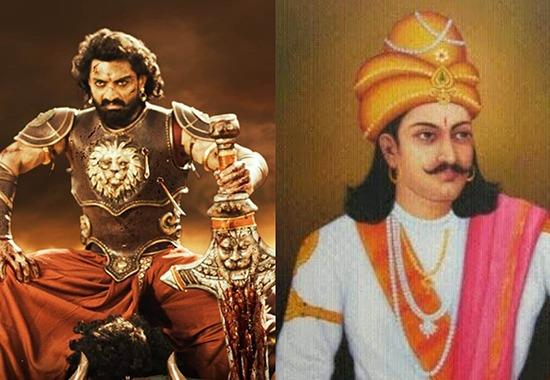 Another South Indian movie is all set to release in theaters in India and the box office eyes' have been shining with the hope that it brings back the audience to the silver screens. Telugu movie Bimbisara is all set to hit the theaters on August 5 with Kalyan Ram playing the title role. Bimbisara trailer has created a massive buzz on social media among South Indians and other parts of India, hinting that the movie might break the flop streak of Bollywood at the box office.  Apart from Ram Kalyan, actors like Catherine Tresa, Samyuktha Menon, and Warina Hussain will also play pivotal roles in the movie. Much-awaited Bimbisara is written and directed by debutant Mallidi Vashist, and produced by N. T. R. Arts. Now, the question arises whether Bimbisara is a true story or Bimbisara is a real story or not.
The answer is yes and no at the same time. Confused? Ram Kalyan, indeed will be playing the character of the Emperor of Magadh in the 5th century BC. However, the storyline of the Bimbisara 2022 is created such that it cannot be said that the movie is a true story of real based on the life of the great Magadh Emperor. Means that Ram Kalyan will be seen portraying two characters- one will be from today's era, while the concept of time travel will take back the Telugu actor in the past showing him as the Emperor of Magadh.
Also Read: Real vs Reel: Is Rangbaaz 3 a true story based on Bihar's 'Don-turned-politician' Shahabuddin?
Talking about the Magadh emperor Bimbisara, he was one of the early kings of the Indian kingdom of Magadha. Bimbisara's expansion of the kingdom, especially his annexation of the kingdom of Anga to the east, is considered to have laid the foundations for the later expansion of the Mauryan empire. Bimbisara was also known for his cultural achievements and historians say that he was a great friend as well as the protector of the Buddha. Bimbisara built the city of Rajagriha, famous in Buddhist writings. Interestingly, Bimbisara was murdered by his own son Ajatashatru for the throne.
2022 Bimbisara's hype is such that it has already sealed the deal with an OTT platform. Bimbisara will be released on OTT platform Zee5 after the end of its theatrical run. It is pertinent to mention here that despite the growing popularity of South Indian films in the North, Bimbisara will be released with subtitles and the Hindi dubbed version won't be out outside of key states.