Real vs Reel: Is Rangbaaz 3 a true story based on Bihar's 'Don-turned-politician' Shahabuddin?

Rangbaaz: Darr Ki Rajneeti is a real-life story based on a famous gangster turned politician of Bihar Mohammad Shahabuddin, a member of the Parliament hailed from the Siwan constituency also accused of committing multiple crimes. 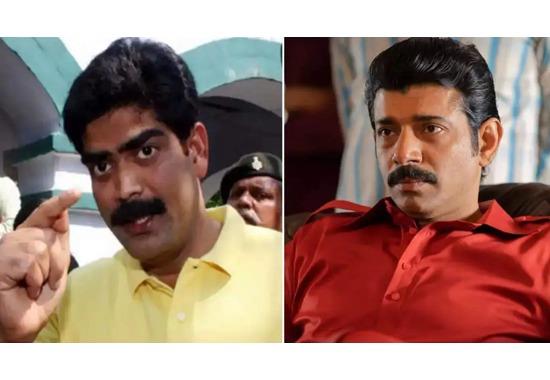 India's widely acclaimed crime-drama series of Zee5 'Rangbaaz' new season was released on the OTT platform on July 29, 2022. Like its previous two seasons, Rangbaaz 3 reviews are also coming on a positive note. In fact, Bollywood actor Vineet Kumar Singh (famously known for playing Danish in Gangs of Wasseypur) has been getting compliments from all around for his impeccable acting and power-packed web series. Apart from Vineet Kumar Singh, actors like Akanksha Singh and Geetanjali Kulkarni are also seen pivotal roles in the newly released webseries. Now, the question arises whether Rangbaaz: Darr Ki Rajneeti is a true story or Rangbaaz 3 is a real story or not?
The answer is yes, Rangbaaz: Darr Ki Rajneeti is a real-life story. Rangbaaz 3 is a true story based on a famous gangster turned politician of Bihar. Harun Shah Ali Baig, also known as Saheb, is played by actor Vineet Kumar Singh and is seen portraying 'Baahubali' (Don) turned political Mohammad Shahabuddin.
Also Read: Real Vs Reel: Is ‘Runway 34’ a true story based on the 'blind landing' of Doha-Kochi Jet Airways Flight?
Mohammad Shahabuddin, a member of the Parliament hailed from the Siwan constituency in the state of Bihar. Rangbaaz 3 is written by Siddharth Mishra and directed by Sachin Pathak and is basically a political crime drama. Mohammad Shahabuddin was considered to be former Bihar CM Lalu Prasad Yadav and his name popped up in many crimes including murder and kidnapping. Among the most popular, Shahabuddin was accused of kidnapping and killing Communist Party activists, like former student leader Chandrashekhar Prasad. Moreover, the 'Don-turned-politician' has also served a life sentence for allegedly abducting Chote Lal Gupta of Communist Party of India Liberation.
In May 2021, Former Rashtriya Janata Dal (RJD) MP Mohammad Shahabuddin passed away at a hospital in Delhi where he was undergoing treatment for COVID-19.
It is pertinent to mention here that Rangbaaz webseries often bring real-life stories. In its previous two seasons as well, Ranbaaz was based on true-story. Rangbaaz 1 was released on December 21, 2018, and it was based on the life of Shri Prakash Shukla, a notorious gang leader from Gorakhpur, Uttar Pradesh. Rangbaaz 2 on the other hand, was based on Amarpal Singh, a criminal from Rajasthan.