The answer to this question is yes. Khakee: The Bihar Chapter is a true story based on a real-life (then) IPS officer Amit Lodha. 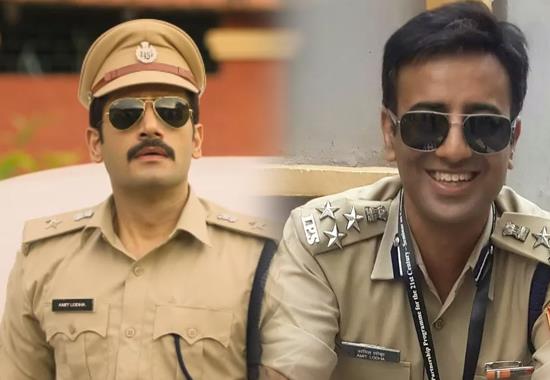 The answer to this question is yes. Khakee: The Bihar Chapter is a true story based on a real-life (then) IPS officer Amit Lodha. Dhruv Dhulia-directorial series will project the thrilling tale between two central characters Avinash Tiwary who plays the main gang lord and Amit Lodha the super cop played by Karan Tacker, who go on an epic tussle standing on opposite sides of the law. Talking about Khakee: The Bihar Chapter true story, Neeraj Pandey was quoted by a newswire saying that he has tried to depict the story on an IPS officer Amit Lodha. Although Pandey did not if the gangster portrayed in the series is also or not.

Neeraj Pandey on Khakee: The Bihar Chapter real story was quoted saying, "Playing a super cop like Amit Lodha is high for any actor. I wanted him to be as real as possible in the series because it is the story of a real-life cop. Amit Lodha's character is based on a police officer, who, after doing well in the UPSC exam opted for the IPS instead of the IAS, even though he had both choices. You see, the life of a police officer is much harder than that of an IAS officer. Imagine how earnest and passionate the man was, who thought of becoming part of the system to change the system and eradicate crime."

Who is Amit Lodha?

Khakee: The Bihar Chapter Release Date; When & where to watch the real life crime drama on the OTT

For the unversed, Amit Lodha, a 1988 batch IPS officer, is an officer of the Indian Police Service, who has caught many notorious criminals through a brilliant strategy. Amit Lodha, who is called 'Super Cop' of Bihar, caught the dangerous criminal Vijay Samrat of district Sheikhpura after hard work, after which he was awarded the Gallantry Award. Amit Lodha is not only a great police officer but also a good writer and he proved his art with his first book 'Bihar Diary'. Furthermore, Amit Lodha had cracked the IIT exam, but he later decided to join the Administrative Services. IPS Amit Lodha has given maximum service in Bihar Police Service. He has also been the DG of BSF in Jaisalmer.

About Khakee: The Bihar Chapter

Neeraj Pandey's upcoming cop-drama, Khakee: The Bihar Chapter is inspired by the true story of how Bihar’s most dangerous criminal was caught. Netflix India unveiled the teaser of the crime series on Friday, October 28. It follows the epic tussle between two men on both sides of the law - one a feared gang lord and the other an upright cop.