Real vs Reel: Is Narvik a true story based on Hitler's first defeat in Norway?

The answer to this question is Yes. Netflix's Narvik is a true story based on the first battle in which Germany's dictator Adolf Hitler's dominant army suffered defeat. Author : Ujjwal Samrat 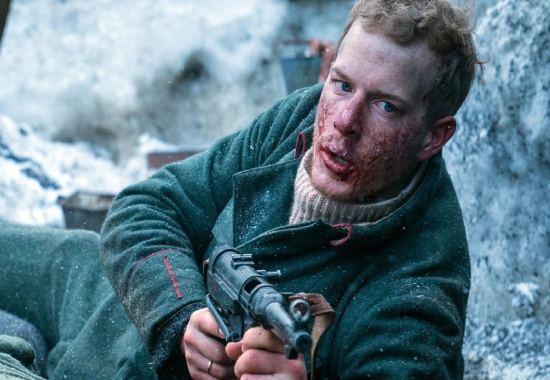 The much-awaited historical war drama- Narvik: Hitler's First Defeat or Narvik was released on Netflix on January 23, 2023. Created by Erik Skjoldbjaerg, Narvik stars Kristine Hartgen, Carl Martin Eggesbo, and Henrik Mestad in the leading roles. As per Narvik's storyline synopsis, the historical drama revolves around the Tofte family, whose lives changed after Germany invades Narvik in 1940. For the unversed, in today's era, Narvik is a town and the administrative center of Narvik Municipality in Nordland county, Norway. Notably, Narvik has been buzzing on the OTT giant on Netflix in multiple countries. The makers of Narvik have ditched the web series format and opted for a movie. Yes! Narvik is available on Netflix in the form of a movie. Now, the question arises whether Narvik is a true story or Narvik is a real story or not.

The answer to this question is Yes. Netflix's Narvik is a true story based on the first battle in which Germany's dictator Adolf Hitler's dominant army suffered defeat. The timeline of the story revolves around World War II. Although Narvik real story indeed puts out facts, the creators have taken the liberty to induce some fiction in it as well. Notably, during world war II, Norway's position was neutral. However, Norway’s neutral position in the war is neutralized after the German forces attack it. The Norwegian army, along with the Allied powers, fights to regain control of the port city. In between this, the citizens of Narvik are caught in the crossfire. For Ingrid Tofte, the most important thing is the safety of her son, Ole, and she is ready to do whatever it takes to save him. Meanwhile, her husband fights for Norway’s freedom. Directed by Erik Skjoldbjærg, The film dubs the battle in Narvik as the first one that Hitler lost.

Coming to Narvik's true story, it has been reported that on April 9, 1940, the German forces broke the terms agreed upon in the neutral state of Norway and took control of Narvik. The Norwegian forces held their ground until reinforcement arrived in the form of British, French, and Polish armies. This was the first time that the four armies joined hands to fight a common enemy. They succeeded in driving out the Germans on May 28, 1940. This win was a huge boost in morale for the Allied powers and a first chink in the armor of German forces. However, Norway couldn’t celebrate it for too long.

The Last of Us Episode 2: Who are the 'Super-Infected' & how Ellie got bit? Explained

Like Netflix's movie shows, the British and French armies withdrew immediately after, redirecting their forces toward France, where things were getting heated. Due to this, the Norwegians were left vulnerable, and the Germans struck back. They inundated Narvik by bombing the entire town, and soon after, Norway surrendered to Germany on June 10, 1940, and was occupied until the end of the war in 1945.

Norvik was of great geostrategic importance. It provided an ice-free harbour in the North Atlantic for iron ore transported by rail from Kiruna in Sweden. Both sides in the war had an interest in securing this iron supply for themselves and denying it to the enemy, thereby setting the stage for one of the biggest battles since the Invasion of Poland. Prior to the German invasion, British forces had considered Narvik as a possible landing point for an expedition to help Finland in the Winter War. Such an expedition also had the potential of taking control of the Swedish mines and opening up the Baltic for the Allies.

Therefore for those who like to watch history and happenings of history which are of great importance, Narvik on Netflix can be your choice.