The Last of Us Episode 2: Who are the 'Super-Infected' & how Ellie got bit? Explained

The Last of Us Episode 2 answers the specific question mentioned above, it also gives a slight idea of the dangers in the form of 'Super Infected' to come in the upcoming episodes Author : Ujjwal Samrat 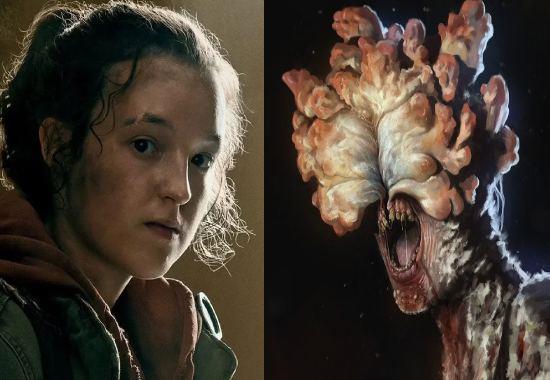 The Last of Us Episode 2 named 'Infected' finally aired on Disney Plus Hotstar on Monday at 8:30 am (IST) and fans cannot keep calm after watching Pedro Pascal and Bella Ramsey starrer zombie drama. Adaptation of a video game, The Last of Us shows the post-apocalyptic world when the human species are on the verge of extinction and almost everyone has turned into a zombie, courtesy of the cordyceps outbreak. While the first episode left the fans with Joel, Ellie, and Tess on their way to the world to deliver Ellie to the Fireflies, The Last of Us Episode 2 shows the trio's journey amidst deadly danger. The first episode left the fans with multiple questions: how Ellie got bit and why did she not turn into a zombie? Although The Last of Us Episode 2 answers the specific question mentioned before, it also gives a slight idea of the dangers in the form of 'Super Infected' to come in the upcoming episodes. Now, coming to the burning question about Ellie's infection and the Super-Infected, here's what you should know-

Who are the Super Infected?

Assuming you have already watched The Last of Us' Latest Episode, we will stick to the questions. In Boston, as Joel (Pedro Pascal), Tess and Ellie rest a bit, Joel looks at the fourteen-year-old suspiciously. Joel firmly believes that Ellie is going to wind up full-blown infected, sooner or later. Tess talks him out of returning her to the QZ, where they’ll just scan and kill her, but she also demands to know what Ellie was doing with Marlene and why she’s so important. Reluctantly, Ellie tells them that she’s bound for a Firefly basecamp somewhere out West, where doctors are working on a cure. Joel thinks this is just fiction, but Tess says it doesn’t matter. If they get her where she’s headed, 'we get what we want.'

The trio then resume their journey to the State House and during that Tess asks Ellie how was she bitten and why Maryellen did not kill her straight after that. Ellie tells Tess that she snuck into a boarded-up mall in the QZ, and it happened there. She also mentions that she is an orphan.

The Last of US Episode 1: What is the cordyceps outbreak that turned people into zombies?

If you are aware of the game, you must be knowing that there are different kinds of zombies, and Ellie during her discusses that and mentioned the description of the 'Super Infected'. Talking to Tess and Joel, Ellie says, "So there aren’t superinfected that explode fungus spores on you?...Or ones with split-open heads that see in the dark like bats?"

Going by what Ellie described and asked, the two kinds of Super Infected will indeed emerge in the upcoming episodes. Like Ellie described, the first Super-Infected explodes fungus spores on you, while the second kind is like a bat that has the ability to see in the dark. Interestingly, The Last of Us Ep 2 shows that the normal infected ones cannot see and they only have the ability to listen. When Joel, Tess, and Ellie encountered the zombies in the museum it became evidently clear. However, during their encounter Tess gets infected. If you would like to know what happened next, True Scoop suggests you watch The Last of Us Episode 2 straight to Disney Plus Hotstar if you are living in India.