Real vs Reel: Is Rocketry a true story based on Ex ISRO scientist Nambi Narayanan accused of espionage?

The answer is yes. Rocketry: The Nambi Effect or simply Rocketry is a true story based on the controversial life of the former ISRO scientist Nambi Narayanan. 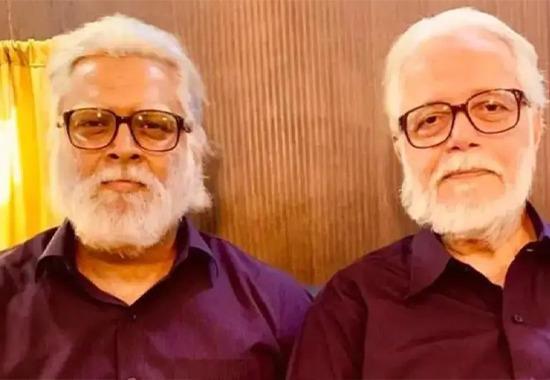 R Madhvan's Rocketry: The Nambi Effect  'Hindi' version was recently released on the OTT platform Voot Select and ever since then the movie is yet again in the spotlight. Although Rocketry was released in theaters on July 1 and had received positive reviews from fans on social media, R Madhvan-starrer movie has hit two different OTT platform. While its Tamil Telugu and other versions of the movie were released on Amazon Prime Video, its Hindi version opted for Voot Select. Apart from playing the protagonist, R Madhvan has directed Rocketry as well. Now, the question arises whether Rocketry: The Nambi Effect is a true story or Rocketry is a real story or not.
The answer is yes. Rocketry: The Nambi Effect or simply Rocketry is a true story based on the controversial life of the former ISRO scientist Nambi Narayanan. Nambi Narayanan was not only a scientist but also the ISRO's cryogenics branch head. However, Nambi Narayan's life took a downturn in 1994 when he was unexpectedly detained one day by the state Police and was accused of sharing secret information of India's space program with two Maldivians who allegedly leaked those to Pakistan.
Also Read: Real vs Reel: Is Rangbaaz 3 a true story based on Bihar's 'Don-turned-politician' Shahabuddin?
The life of Nambi Narayanan, a former rocket scientist and head of ISRO's cryogenics branch, is the inspiration for the movie rocketry. Notably, the cryogenic rocket engine project was led by scientist Nambi Narayanan, who was acquiring the technology from Russia.
High-ranking scientists at ISRO's life and career were radically changed in 1994. The cryogenic rocket engine project was being led by scientist Nambi Narayanan, who was acquiring the technology from Russia. This happened when he was unexpectedly detained one day before being formally detained in court.
He was charged with giving two Maldivian citizens access to secret knowledge regarding India's space programme, and it is suspected that they later sold Pakistan the blueprints for ISRO's rocket engines. This story quickly gained media attention, and he was accused of betraying the country in a national media trial. As soon as Nambi was detained, the massive news gained media attention and it soon became sensational sending the ISRO scientist on a media trial.
As the media pressure began, Kerala Intelligence Bureau handed over the case to the CBI. IN 1995, Nambi was granted bail and was later released. Finally, in 1996 and 1998, both the CBI and the Supreme Court of India dismissed the accusations and serious allegations against him. Morever, ISRO's internal probe revealed that no cryogenic engine drawings were missing clearly giving a clean chit to Nambi Narayanan. However, the Nambi Narayan case did not stop there as the scientist sued the state of Kerala for framing him and also won a settlement of Rs 50 lakh. In fact, he was given Rs 1 crore from the ruling party in 2019 as payment for his wrongful detention and abuse.
Talking about R Madhvan's Rocketry movie, it received 'thumbs up' from fans on social media, however, many film critics outlined that the real story glorifies 'Hindutva' or Hinduism too much.