Real vs Reel: Is The Empress a true story based on Queen Elisabeth von Wittelsbach of Austria?

The Answer to this question is a big Yes. The Empress is a true story based on the life of Elisabeth von Wittelsbach, who served as the Empress of Austria from 1854 to 1898. Author : Ujjwal Samrat 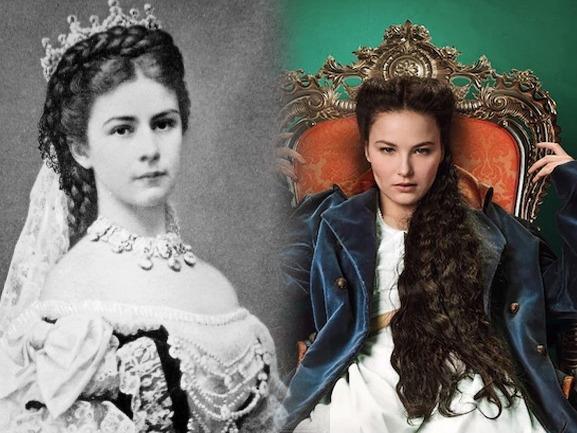 One of the much-awaited web series The Empress was released on global OTT giant Netflix on September 29. Ever since The Empress trailer was released on Netflix on September 22, 2022, fans were eagerly waiting for the release of the web series. The Empress is a German period drama directed by Katrin Gebbe and Florian Cossen. The Empress has the potential to be the next big web series for Netflix as its footprint matches the global-hit show 'The Crown'. Talking about The Empress star cast, actors like Devrim Lingnau, Melika Foroutan, Johannes Nussbaum, Elisa Schlott, and Jordis Triebel will be seen in pivotal roles. While Devrim Lingnau has done movies like Carmilla, Allmen und das Geheimnis der Erotik and more in the past, Katrin Gebbe's name has been connected with multiple widely acclaimed movies like Pelican Blood, Nothing Bad Can Happen and more. However, going by the reviews, The Empress has the potential to become the top-watched web series for Netflix. This means The Empress can be a career-changing web series for both the makers and the actors, especially Devrim Lingnau. Now, coming to the burning question of whether The Empress is a true story or The Empress is a real story or not.

The Answer to this question is a big Yes. The Empress is a true story based on the life of Elisabeth von Wittelsbach, who served as the Empress of Austria from 1854 to 1898. Also known as Sisi, Elisabeth von Wittelsbach was often compared to 'Princess Diana'. Elisabeth was indeed a royal figure in Austria and is considered 'the first celebrity royal in Europe'. The Empress focuses on the story of the young Elisabeth whose life takes a sudden turn when she marries the emperor of Austria, Franz Josef. Emperor Franz Josef was supposed to marry Elisabeth's elder sister Helene, however, Sisi's beauty charmed the Emperor ultimately leading to their wedding. The surprising marriage of Elisabeth who was more of a free-minded girl moving from the familiar and uninhibited life in Bavaria to the royal responsibilities in Vienna was a difficult change. Her relationship with her mother-in-law, Archduchess Sophie, also gave rise to a lot of problems in Elisabeth’s life.

Empress of Austria and Queen of Hungary i,e, Elisabeth married Emperor Franz Joseph I on 24 April 1854 until her assassination in 1898. Elisabeth was born into the royal Bavarian House of Wittelsbach. Affectionately called 'Sisi', she enjoyed an informal upbringing before marrying Emperor Franz Joseph I at the age of sixteen. The marriage thrust her into the much more formal Habsburg court life, for which she was unprepared and which she found uncongenial. As per reports, Elisabeth and Franz's marriage did not turn out to be successful emotionally. As per historians following European monarchy, Franz Joseph was torn between the wishes of his wife and the demands of his mother. Elisabeth withdrew more and more, and increasingly turned her back on both the Court and her husband. From the 1860s, the couple could no longer be said to have had a married life together.

On this Saturday, 10 September 1898, Empress Elisabeth was assassinated by Luigi Lucheni, an Italian anarchist. The tragic event was well covered in the coeval press, as Elisabeth of Austria. When Elisabeth was sixty years old, she followed an invitation from the Rothschild family to Geneva. Together with her lady-in-waiting, the Hungarian Countess Irma Sztaray, she walked the short distance between the hotel and the pier without her entourage, despite warnings of possible assassination attempts. Luigi Lucheni, a poor man full of rage for the upper nobility, ran towards them as they walked by on the promenade and stabbed Elisabeth directly into her heart with a self-made weapon composed of a small sharp file.