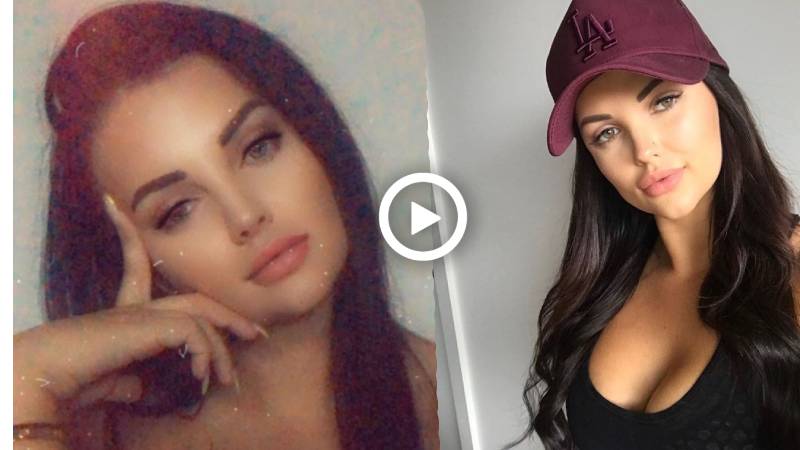 Internet's new sensation Australian racer turned adult star Renee Gracie has lashed out at Indians. Former Australian full-time racer, 25-year-old Renee Gracie,  lashed out at Indians for stealing photos and videos from her page consisting of exclusive content.
Gracie came into limelight when she switched her carrier from racing to adult film industry. The switch in carrier shocked and surprised everyone, however, Renee's switch turned out to be fruitful for her.
Renee's career peaked in 2015 when teamed up with Swiss racer Simona de Silverstro at Bathurst 1000, called it quits to pursue a career in the adult film industry.
Gracie, however, has always maintained that she had no qualms about the nature of the job as the monetary benefit from her new career was more significant.
Soon after Indians found about Gracie and her career switch, they began Googling "Renee Gracie Hot" for her photos. It was quite ironic how this new piece of information piqued their interest after the world had almost forgotten about Gracie in the first place.
Now, Gracie has posted a long post on her own subscription service hitting out at Indians. She said that she no more likes Indians and is planning to remove them from her page altogether.
"To all you Indian a**holes on my page. Stop stealing my images," she wrote in a post on the adult subscription site.
She has alleged that Indians have been stealing her photos and videos from her page and creating fake profiles with them. She has also stated that this is exclusively her content and is copyrighted. She has threatened to sue Indians as well.
"If you're Indian, get off my page. You are not welcome here anymore," Gracie wrote in her post.
Also Read: Racer turned Adult star Renee Gracie shares how she made 0 to INR 18 lakhs in 6 days. Watch
It all started when her photos went viral in India.
"Ever since my story went viral in India, there has been so many videos and fake profiles made and images illegally stolen from my OnlyFans," she wrote.
OnlyFans is a content subscription service where creators can earn money from users who subscribe to their content and is widely popular in the adult entertainment industry.
From just selling nude photos, Gracie made $3,000 in her first week as an adult star and reports say she has no intention of going back to supercars and racing.
Recently she shared how she made such money on her YouTube page.
Watch Video: