Due to the Reno Air Races jet crash incident, the National Championship Air Races suspended all operations for the 2022 event. 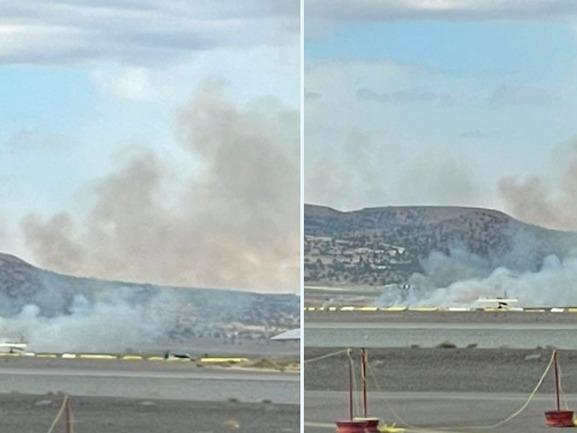 In the Reno Air Races jet crash video, it can be seen two airplanes flying, one above the other, when the lower airplane approaches the ground, sparking a fire and continuing to tumble along the ground. Another video captured by the people nearby shows, the jet on fire and lying on the runway at the crash site. The video was shared with the caption, "This is video of the scene sent in from a viewer @KRNV we are headed there now"

These jets are back in, I’ll post more pics. pic.twitter.com/qklEMwvlAt

#RenoAirRaces Jet Gold coming in after cash. 🥹😭 heading home of I miss any replies, you may use any pics or video with credit. #Breaking #BreakingNews pic.twitter.com/RiwLPj6dNx

After the incident, Fred Telling, CEO and chairman of the Reno Air Racing Association addressed the media and stated that the FAA will conduct an investigation into the crash that happened in the third lap of the Jet Gold Race. In his address, he revealed that apart from one pilot, all other pilots landed safely. "(We) express our deepest sympathies to the pilot’s family and friends,” he said.

For the unversed, Reno Air Races is officially known as the STIHL National Championship Air Races since 2016. It is a multi-day event tailored to the aviation community that takes place each September at the Reno Stead Airport a few miles north of Reno, Nevada. Air racing is regarded as 'the world's fastest motor sport'. The event includes races in six classes and demonstrations by airshow pilots.