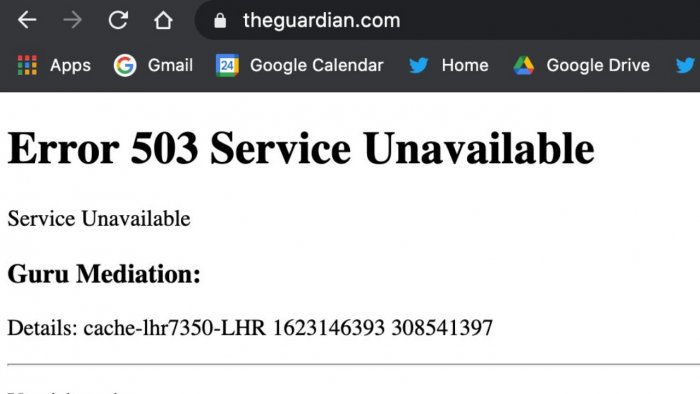 Reuters could not immediately confirm the issue affecting these sites.

According to the Fastly website, it said it was investigating "the potential impact to performance with our CDN services.”

Most areas under Fastly’s coverage are facing "Degraded Performance", the website showed.

Other outlet sites simply showed an error message while British Guardian newspaper said that its website and app were hit by a massive internet blackout.

Amazon’s Twitch has also gone through an internet interruption.

Few other British news media sites were also not loading, while various websites operated by news outlets including the Financial Times, Bloomberg News were also down. The UK government’s main website was also inaccessible.

The website of The White House also had an error message but was visible again.