Riddhima shared a family picture on her social media account. 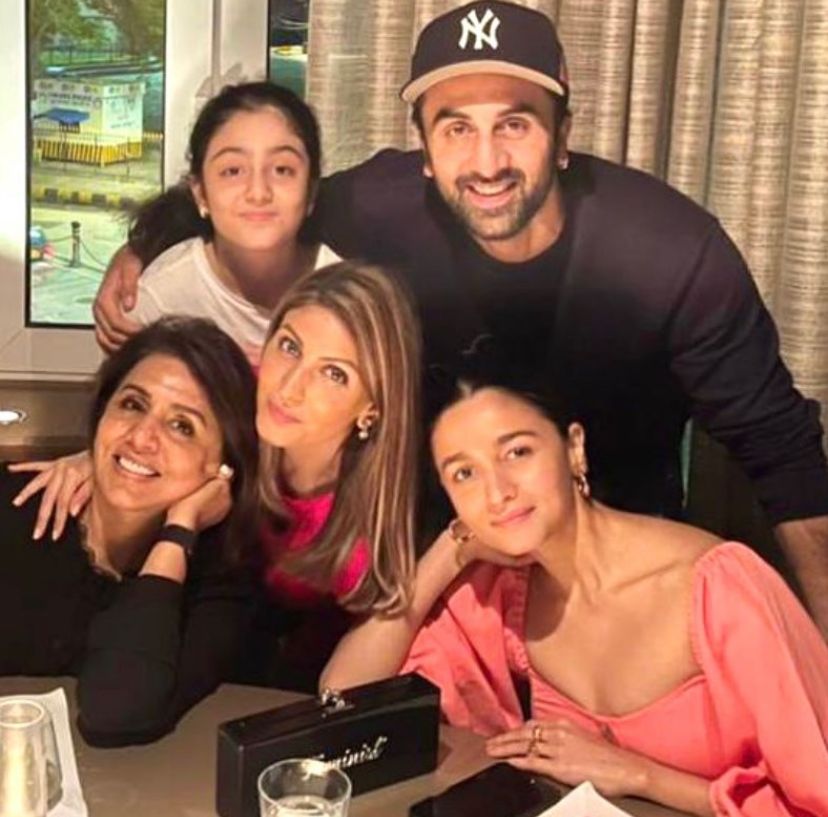 Tuesday marks the 39th birthday of actor Ranbir Kapoor. He is the son of late actor Rishi Kapoor and actor Neetu Kapoor but has made his own name in Bollywood.

The actor kick-started his career with Saawariya, and witnessed successes with films such as Wake Up Sid, Yeh Jawani Hai Deewani. However, after a fair share of lows, he managed to deliver his first Rs 300 crore hit in 2018, with Sanju, a biopic based on the life of Sanjay Dutt. Ranbir will celebrate his birthday on Tuesday. The actor, who is in Jodhpur with girlfriend, actor Alia Bhatt, will turn 39.

Riddhima Kapoor Sahni shared a sweet birthday post for her younger brother Ranbir Kapoor along with a lovely photo.

Taking to her Instagram handle, Riddhima shared an adorable group picture that featured her with Ranbir, his ladylove Alia Bhatt, Neetu Kapoor and Samara. Riddhima wrote, “To my ‘rockstar’ bro -Here’s wishing you a very happy b’day!!!!! We love you so much ♥ #youngerbutwiser” 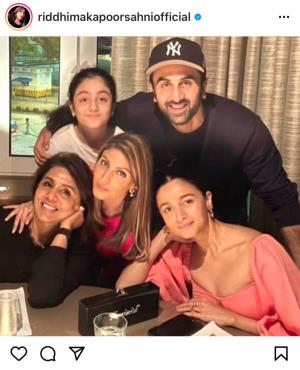 Earlier, when Riddhima came on The Kapil Sharma Show, she revealed a lot of interesting things about her brother. Riddhima said Ranbir used to gift her clothes to his girlfriend: "Ranbir's girlfriend came home one day wearing a top, and I was like I couldn't find this top. That's when I got to know he has been taking my clothes and gifting it to her."

On Monday, Ranbir along with his ladylove Alia Bhatt was spotted in Jodhpur.

Alia was dressed in a pair of jeans with a crop top. She completed her look with a green and white jacket and a pair of sunglasses. Ranbir, on the other hand, opted for an all-burgundy outfit.

Alia and Ranbir, who have been dating for almost four years, are speculated to tie the knot in the near future. Speaking with former journalist Rajeev Masand, Ranbir said, “It would have already been sealed if the pandemic hadn’t hit our lives. But I don’t want to jinx it by saying anything. I want to tick mark that goal soon in my life.”