Netizens show a hilarious reaction to Katrina Kaif's references and her cheeks! 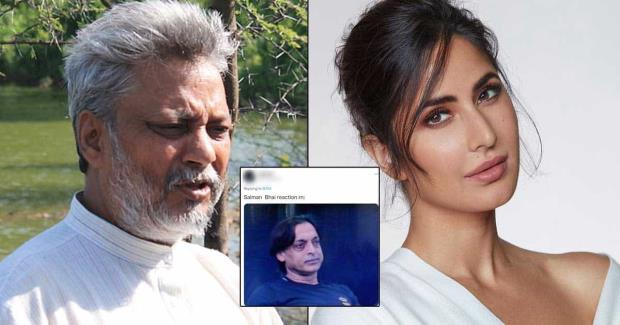 Expect the more bizarre things to take place in our country. Katrina Kaif is creating noise again but not, it’s not for her marriage with Vicky Kaushal. This isn’t about any movie too! Rajasthan Minister Rajendra Singh has given the actress’ reference for smooth roads! Below are all the details you need.

Katrina has been a major style inspiration over the years. Her fashion choices are often hailed by fans as well as her colleagues. One cannot praise her massive transformation and hard work in the acting world. But Rajasthan minister has found his interest in the actress’ cheeks!

Yes, you heard that right AGAIN! Rajendra Singh while addressing a public gathering in Jhunjhunu district said, “Roads should be made like Katrina Kaif’s cheeks.”The video has gone viral on social media shortly after sharing it on Twitter. Netizens have hilarious reactions for the reference of Katrina Kaif and her cheeks! Another wrote, “Generational shift. From Hema Malini’s cheeks by Lalu Ji, we have now shifted to another generation, Katrina!”A user wrote, “Which cheeks? Smiling face with open mouth and smiling eyes They promise Katrina/Hema’s cheeks but what they give is Om Puri’s cheeks.” Another dragged Salman Khan into the scenario and wrote, “Selmon bhai reaction rn:”

Also Read: Katrina Kaif and Vicky Kaushal to get married in Mumbai next week

Meanwhile, Katrina Kaif is currently under the radar over her rumoured marriage with Vicky Kaushal. Reports are rife that the couple is tying the knot next week itself in a court marriage. They will be following a traditional marriage later next month.