RRR lose 100 crores before release, covid is hitting hard for the makers

Team RRR suffers major lose from the postpone of the movie. 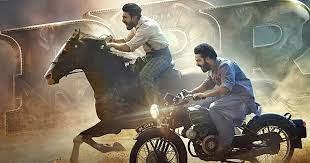 Due to the increased number of covid cases in the country, many states imposed restrictions on mass gatherings. Adding to it, some states also shut down the cinema halls. These restrictions also made the makers of the movies suffer. Talking about the loss the makers of RRR also suffered a huge loss due to the covid spike.
The movie was supposed to release on 7 January, but due to covid, the makers postponed the release date of the film for an indefinite period. After the postpone, the makers suffered a loss of Rs100 crores in total. For around a month, the star cast of the movie with the Director SS Rajamouli is out for their promotions. They almost spent a total of 20 crores on the promotions of the movies which are now seen as complete waste as the picture is postponed for an indefinite period. They participated in TV Reality shows and also hosted live events for the coverage of the movie.
Around 28-30 crores were spent on luxurious hotels and travel expenses. The star cast of the movie went to almost all the big cities of the country including almost every part of South India. The overseas bookings also made the team suffer a loss of 10 crores. The makers decided to refund the money to the customers who booked their tickets. The makers have to negotiate the rate for their future release.
In Andhra Pradesh, the Government limited the ticket rate. There the makers will also suffer as they have to adjust their rate according to the state government guidelines.
Also read: Prabhas and Pooja Hegde's 'Radhe Shyam' release date pushed ahead due to covid spike
Seeing the current pandemic situation, it is assumed that the condition will get better in April, so the makers have to wait for the coming months to schedule their release date. As the movie is delaying the financers are facing more and more losses. The movie is made with a budget of around 500crores. The movie casts Jr NTR, Ram Charan, and Alia Bhatt in main lead roles. The new release date of the movie is not released yet.