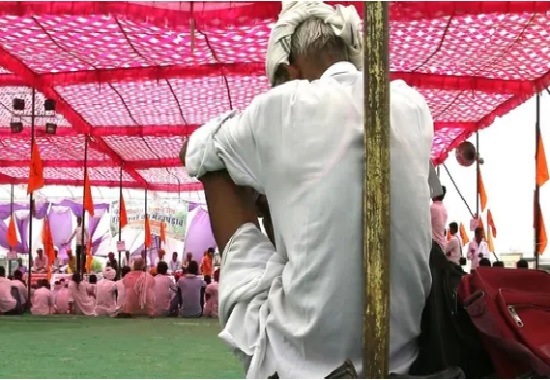 The BKS said that the government should give remunerative price to farmers or explain that their demand is wrong.

The BKS national general secretary, Badrinarayan Chaudhari said, "Farmers do not get a remunerative price of their produce and the actual cost incurred is more than the Minimum Support Price (MSP) fixed by the government. We are demanding a cost based remunerative price for farmers as they are not getting it for their produce."

He claimed that the MSP benefited only farmers of two states - Punjab and Haryana -- and in many states the cost of production exceeded the MSP. "Cost of production varies from state to state, in one state it is more or less due to free electricity or water to the farmers.

According to Chaudhari, the BKS has given a memorandum to the Prime Minister on August 11 but no positive signal was received from the government. When asked about on-going farmers' protest under the banner of Samyukt Kisan Morcha (SKM), Chaudhari said, "There is a difference, their (SKM) protest is violent and we are against it. We are a nationalist organization and against the vandalization of national property. We are also fighting for the rights of small farmers."

The BKS demanded a strict law to ensure a cost-based remunerative price of farmers produce. "For these demands, we will hold a nationwide protest at over 500 district headquarters on September 8," he said.