The crew had spent 12 days in space on the International Space Station (ISS) to shoot a scene in the film ‘Challenge’. 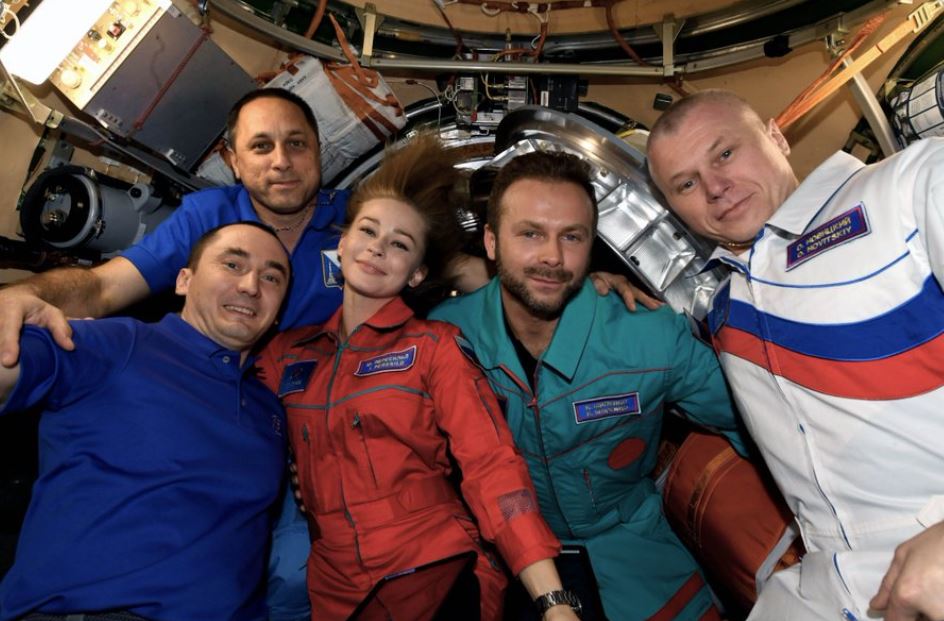 Today, a Russian film team has created history. On Sunday at 12:35 am EDT (10:05 am IST) in Kazakhstan, a Russian actress and a director along with a cosmonaut returned to Earth after spending 12 days in the International Space Station (ISS) to shoot the scenes in the film.

Russian cosmonaut Oleg Novitskiy of Roscosmos and Russian actress Yulia Peresild and Russian producer-director Klim Shipenko landed on Earth today and the trio departed the International Space Station in their Soyuz MS-18 spacecraft at 9:14 p.m. All three have been taken to the recovery centre in Karaganda city of Kazakhstan by a Russian helicopter. Where, after recovering from the fatigue of space travel, they would be taken to the Gagarin Cosmonaut Training Centre in Star City, Russia.

Cosmonaut Anton Shkapleorv has welcomed the team and wrote, “Friends, I am glad to welcome everyone from the ISS again! And immediately congratulations @novitskiy_iss, Klima and Julia with a successful return to Earth! Followed and worried by the entire crew! And I was very pleased to work with you all these 12 days. Expedition 66 starts working on the ISS. Let's stay in touch!”

If the project remains on track, Russian movie would overtake Hollywood veteran actor Tom Cruise, who shot a film in space in 2020 in collaboration with NASA and Elon Musk's company Space X.