External Affairs Minister S Jaishankar held a meeting with Iranian counterpart Javad Zarif in which they talked extensively about the fast-evolving situation in the Gulf region in the context of US-Iran ripping ties over the killing of Iran's Top Commander Qassem Soleimani. 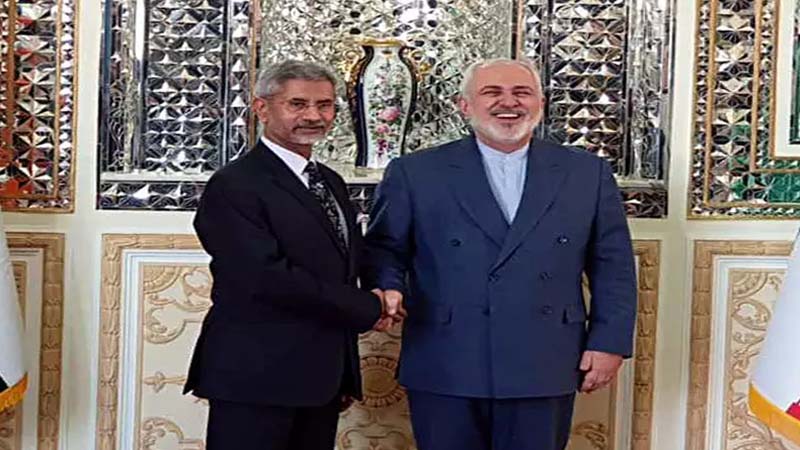 Zarif informed Jaishankar about the overall situation and Tehran's position on it in the meeting which was held over breakfast, as per officials.

In a statement by the External Affairs Ministry said both sides exchanged their views and opinions on regional and global issues of mutual interest, including the recent developments in the region.

In the talk, parties also discussed the Iran nuclear deal of 2015, known as the Joint Comprehensive Plan of Action (JCPOA). However, the US pulled out of the JCOPA in 2018.

The MEA said Jaishankar reiterated Indian interests in the region and support for efforts to maintain peace, security and stability there.

The issue of development of the Chabahar port was also considered in talks between Zarif and Jaishankar.

The Iranian foreign minister arrived here on Tuesday on a three-day visit that comes at a time the global focus is on rapid intensification of tensions between Iran and the US after the killing of Soleimani in an American drone strike.

Soleimani, the head of Iran's elite al-Quds force, was killed when a US drone fired missiles on his vehicle in Iraq on January 3.

On Wednesday, Zarif told that India can play a role in de-escalating tensions in the Gulf region as it is an important regional player.

In an address at the Raisina Dialogue, he hit out at the Trump administration for the killing of Soleimani and said the action was a "sad reflection of a serious problem in Washington's thinking".

"If you are an ignorant-arrogant or an arrogant-ignorant, with power, it brings disaster," he said, alleging that Soleimani's killing was a US attempt to shape policies in the region single-handedly.

The attack, he said, was "unforgivable".

India has been maintaining that it would like the situation to de-escalate as soon as possible and the country has been in touch with key players, including Iran, United Arab Emirates, Oman and Qatar, as it has important interests in the region.

Last week, Iran launched over a dozen ballistic missiles targeting at least two bases where US military and coalition forces are stationed in Iraq.

Get the latest update about Javad Zafir, check out more about True Scoop, Iran, US & MEA