In 1973, Sancheen refused an Oscar on behalf of Marlon Brando, who had won the best actor prize for The Godfather. 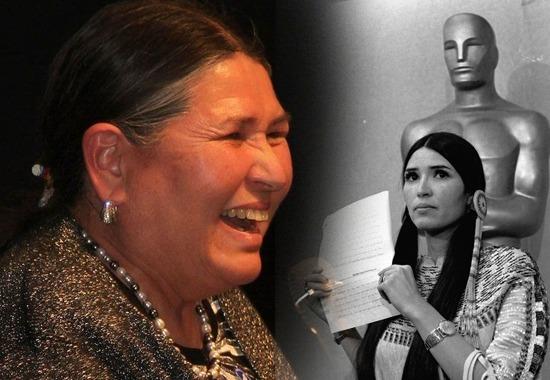 In a major development coming from Hollywood, the Oscars have finally apologized to Native American actress Sacheen Littlefeather after a span of almost 50 years. Sacheen Littlefeather in 1973 became the first Native woman to stand onstage at the Academy Awards ceremony, on behalf of Marlon Brando. However, Sancheen refused an Oscar on behalf of Marlon Brando, who had won the best actor prize for The Godfather. Refusing the award, Sancheen in her 60-second speech blasted Hollywood for the stereotypes of Native Americans in the entertainment industry.

Oscars in its letter outlined the emotional abuse she had to endure after she refused to take the award and had outlined the misrepresentation of the Native Americans in the entertainment industry in 1973. As per the Oscars, Sancheen was booed, personally harassed, attacked, and discriminated against for the last fifty years.

"The abuse you endured because of this statement was unwarranted and unjustified," wrote Rubin adding "The emotional burden you have lived through and the cost to your own career in our industry are irreparable. For too long the courage you showed has been unacknowledged. For this, we offer both our deepest apologies and our sincere admiration."

Snoop Dogg Snoop Looz cereals: From cannabis to own wine line, here are the top businesses of American rapperhttps://t.co/d5yC8hHc8nAugust 15, 2022

Sacheen Littlefeather's oral history: the Oscars, Marlon Brando and a legacy of activism.

In 1973, Marlon Brando won best actor for The Godfather. However, Littlefeather, appeared on stage on Brando's behalf and in a 60-second speech, she explained that The Godfather actor could not accept the award due to 'the treatment of American Indians today by the film industry'. What followed was a sheer moment of shame for the entire Oscar awards.

Some in the audience booed Sancheen. In fact, Westerns star John Wayne, who was backstage at the time, was reportedly furious and had to be restrained by six security guards. Interestingly, the Oscar Awards which were held in 1973, and during that era the American Indian Movement’s two-month occupation of Wounded Knee in South Dakota.