Fans can’t keep calm as SRK reacted to the tweet in the sweetest way. 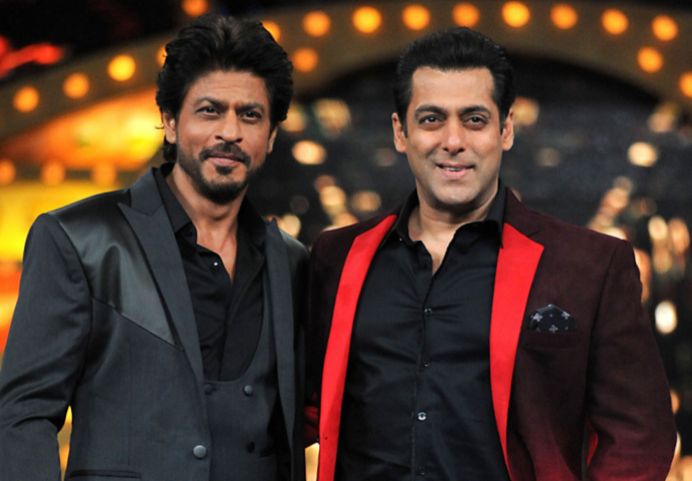 The entertainment industry is a place where relationship keeps on changing from friends to enemies to frenemies. The relationship of Salman Khan and Shahrukh Khan is full of such twists and turns.

They share a great bond with each other. Their fans love to see them together. Shahrukh Khan did an advertisement with Disney + Hotstar. Recently, Salman Khan shared the same SRK’s advertisement on his social media handle in his own ‘Dabangg’ style.

Salman wrote, "Hmmm Swagat nahi karoge @iamsrk ka." Well, this particular act of the bhaijaan has made him trend on Twitter where SRK’S Salman fans are going crazy. 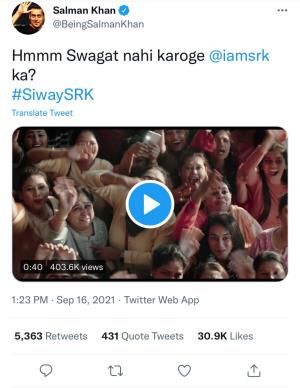 KJo also tweeted: “Never thought I would see the day when even the Badshahs of Bollywood would feel FOMO. Now I’ve seen everything!!”

Due to covid, movies of stars like Amitabh Bachan, Akshay Kumar, Ajay Devgan, Varun Dhawan, Siddharth Malhotra and Abhishek Bachchan, all released on OTT Platform. Shahrukh Khan was the most missed Bollywood star.

Lots of Netizens are reacting to SRK’S ad, eagerly waiting for his next release. He was last seen in Aanand L Rai's Zero. Currently, he is shooting for his unofficially announced film Pathan which co-stars Deepika Padukone and apparently, John Abraham too.