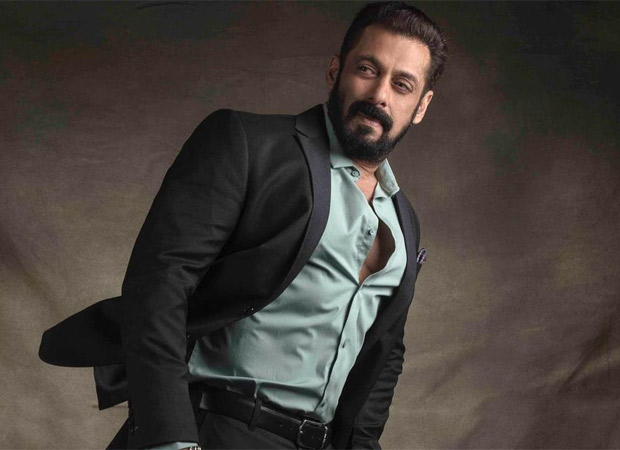 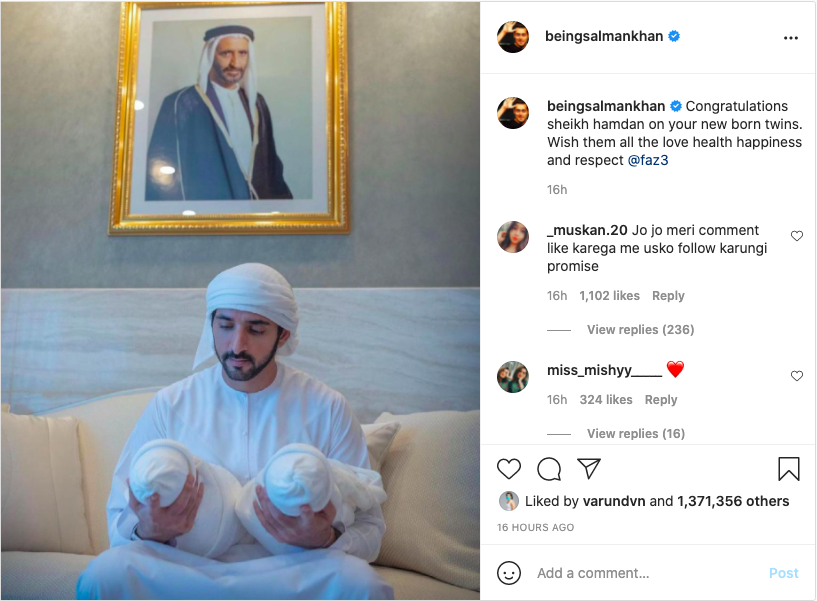 "Congratulations Sheikh Hamdan on your new born twins. Wish them all the love health happiness and respect @faz3."Salman wrote.

Wishes for the prince poured in as soon as the Bajarangi Bhaijaan actor uploaded the photo. Some Salman Khan fans, however, who want to see him married, have been leaving comments asking when they will be able to see his children. Salman Khan fans asked, "Bhai tumhare kab honge?," and "Aapke kab aayenge Bhai?" 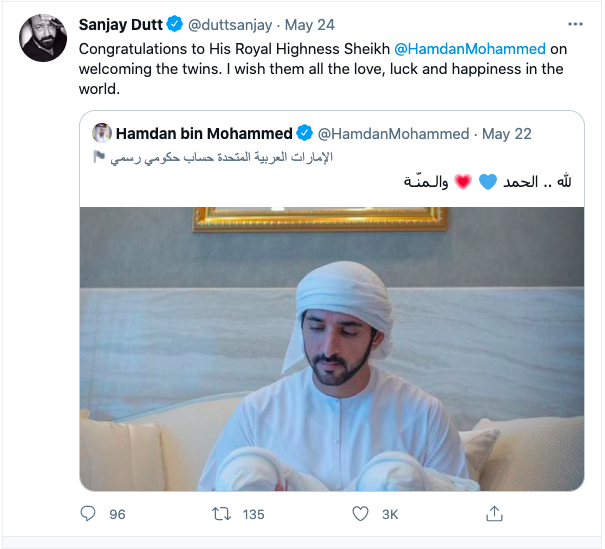 Not only Salman, but even Sanjay Dutt congratulated the Prince on Twitter. Sanjay wrote,  "Congratulations to His Royal Highness Sheikh @HamdanMohammed on welcoming the twins. I wish them all the love, luck and happiness in the world."

Salman Khan's next film will be Antim: The Final Truth, a remake of the Marathi hit Mulshi Pattern.

Get the latest update about Salman wishes Sheikh Hamdan for his twins, check out more about bollywood news, Entertainment news, Sanjay Dutt Congratulates Sheikh Hamdan on his new born twins & salman khan congrats to the Crown Prince of Dubai on his twins