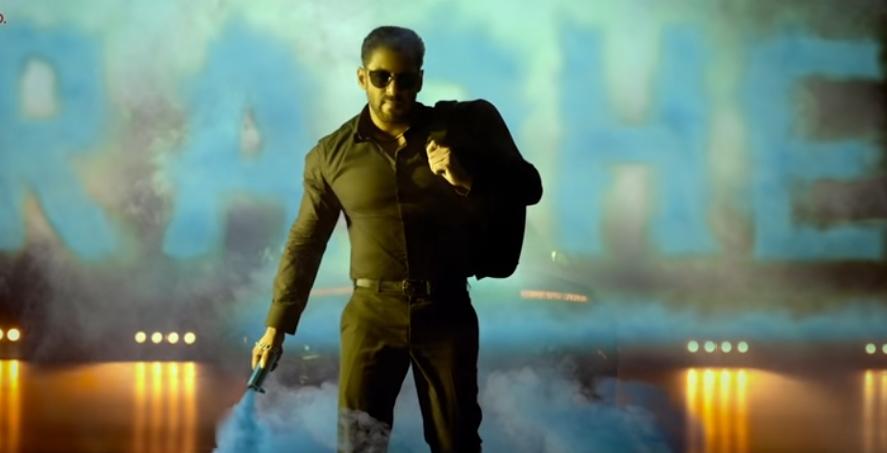 Amidst the war with coronavirus pandemic, Bollywood new releases are setting up relaxed moods for the audience. The much-awaited Salman Khan Starrer film ‘Radhe - Your Most Wanted Bhai’ has finally released its title track. Announcing the release he also shared a message to end hatred. Radhe is releasing on theaters and digital platforms under the hybrid model on 13 May.

After two songs from the movie on Wednesday, the third song of the film, which is the title song, was released. Salman writes, “this too shall pass and god willing with all human support. Eradicate hatred. Radhe Radhe Radhe #radhetitletrack..#staysafe”. The title track is composed by Sajid-Wajid and written by Sajid. Well, Salman has also tagged Wajid Khan under his post who died last year. 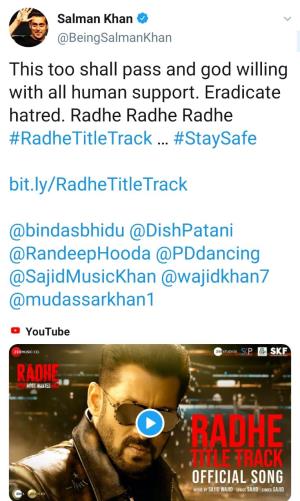 Also read: ‘Drishyam 2’ falls into a legal battle and the shoot has not even started

Under the direction of Prabhudeva, the movie stars Disha Patni as the female lead. This is Salman's second film with Disha. Earlier she played the role of Salman's girlfriend in Bharat. However, her role was not long enough. This time Disha has got the opportunity to do a full romance with Salman. Radhe also stars Jackie Shroff, who will be seen in the role of Disha's brother. At the same time, Randeep Hooda will be seen as the villain. Other than this, Randeep has also done kick and a Sultan with Salman.

Recently, Salman has shared that advance booking of the film has started in UAE. Apart from this, the film will be released on ZEE plex on the basis of Pay Per View model. At the same time, the film will also be available on DTH platforms.