Shashi Tharoor once revealed that he'd received an offer to play the foreign minister in a Salman Khan-starrer, but he turned it down. 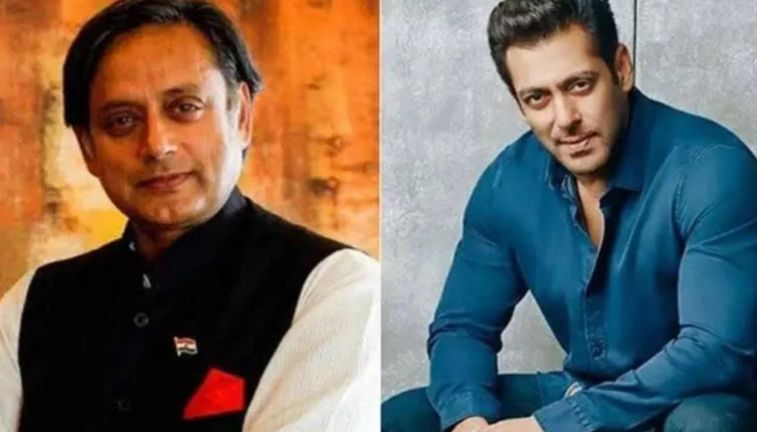 Salman is in Russia these days and is shooting for the third installment of the Tiger series i.e. Tiger 3 with his co-star Katrina Kaif. Salman's nephew Nirvaan has joined the film as an assistant director. Maneesh Sharma is directing this film.

In an interview, he said, "One amusing offer (came to me) for a bit part in a Salman Khan-starrer from a rather famous director. I can always cherish these moments. It was to play the role of an Indian foreign minister in a sequence and the advice I was given by a good friend was, ‘If you want to be the foreign minister, don’t play the foreign minister.’ I thought that made sense and I backed off.”

He also addressed a popular urban myth about him, which suggested that he appeared briefly in another Salman Khan-starrer, Andaz Apna Apna. He laughed and said that there was no way it was him, “(Because) by then, I was already working several years in the United Nations.”

Meanwhile, the 45-day schedule for the third instalment of Salman Khan’s Tiger franchise began with a grand car chase action sequence. News 18 report quoted a source as saying, “An action sequence of international scale is being shot by director Maneesh Sharma. Producer Aditya Chopra has decided to go all out and not compromise with the project. The Indian and Russian units seemed very well prepared and also adhered to the Covid-19 safety guidelines.”

While Salman and Katrina Kaif will reprise their role as Tiger and Zoya in Tiger 3, Emraan Hashmi will be playing the role of antagonist in the spy thriller.