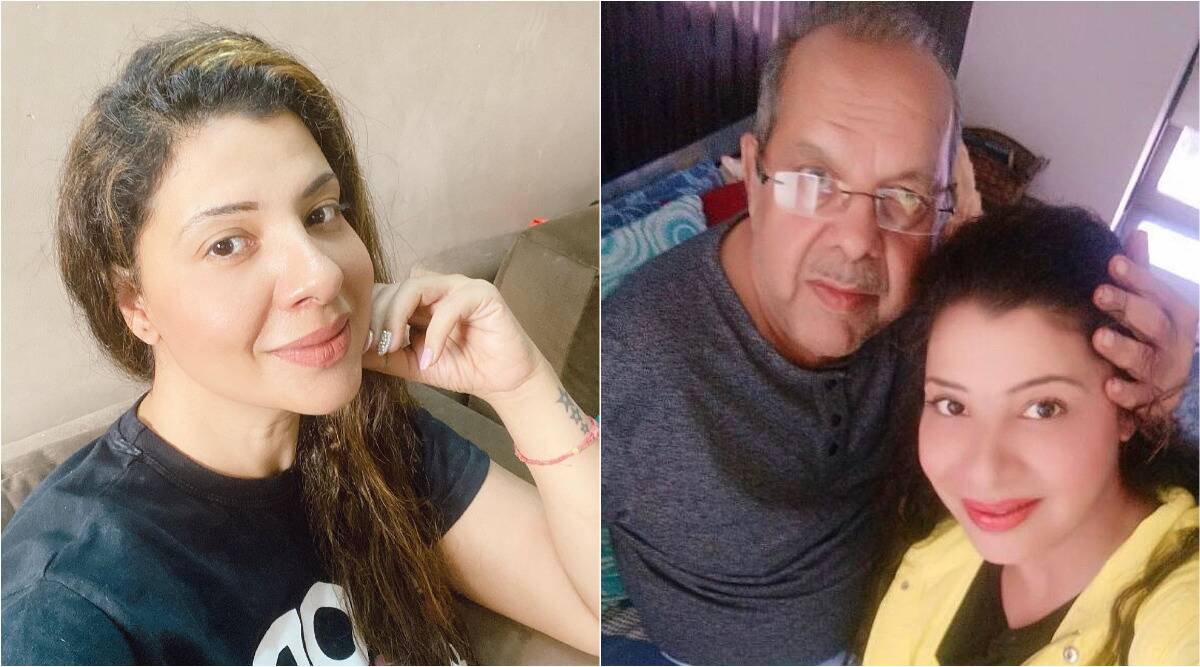 On May 8, Sambhavna Seth, who rose to fame on Bigg Boss, lost her father. SK Seth, the actress's father, had tested positive for Covid-19 as well. He died as a result of cardiac arrest. Today, May 22, Sambhavna took to social media to share a video from a Delhi hospital in which she accuses the authorities of 'medically murdering' her father, who was admitted for Covid-19 care.

She can be seen repeatedly in the video asking the name of a nurse who wrongly stated that her father's oxygen level was normal. In addition, the actress announced that she is pursuing legal action against the hospital. Her father died less than two hours after she recorded this video.


SAMBHAVNA SETH BLAMES DELHI HOSPITAL
Sharing the video, Sambhavna wrote, "They Killed my Father. As they say the world cannot be just black or white. Similarly every doctor cannot be equivalent to God. There are few evils too who are killing our loved ones wearing white coats.” 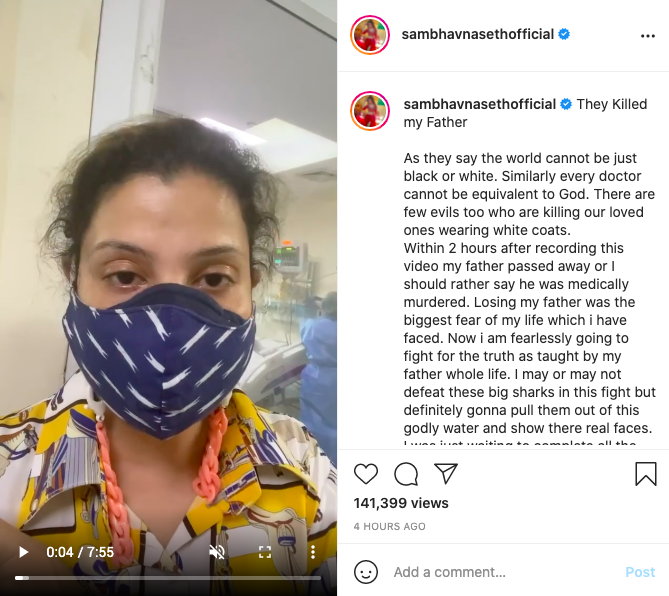 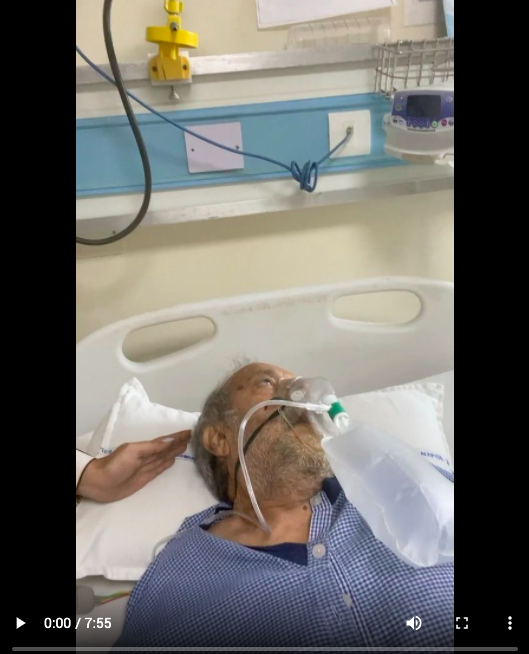 Sharing her story, the actress added, "Within 2 hours after recording this video my father passed away or I should rather say he was medically murdered. Losing my father was the biggest fear of my life which I have faced. Now I am fearlessly going to fight for the truth as taught by my father my whole life. I may or may not defeat these big sharks in this fight but I'm definitely gonna pull them out of this godly water and show their real faces. I was just waiting to complete all the rituals for my father. Now i need your support in this fight because I know everyone of you who has been to hospitals in these tough times have faced the similar medical negligence but couldn't fight for it due to various reason but now we all can fight together by sharing this video with hashtags #justice4sambhavna #medicalmurder."

In the end, Sambhavna declared that she is going to fight a legal battle against the hospital.


SAMBHAVNA SETH FEELS HER DAD COULD HAVE BEEN SAVED
The actress recently took to social media to share a touching message about how her father might have been saved and that it was not just Covid that killed him. . Sambhavna also shared a throwback photo from her wedding to Avinash Dwivedi with her father. 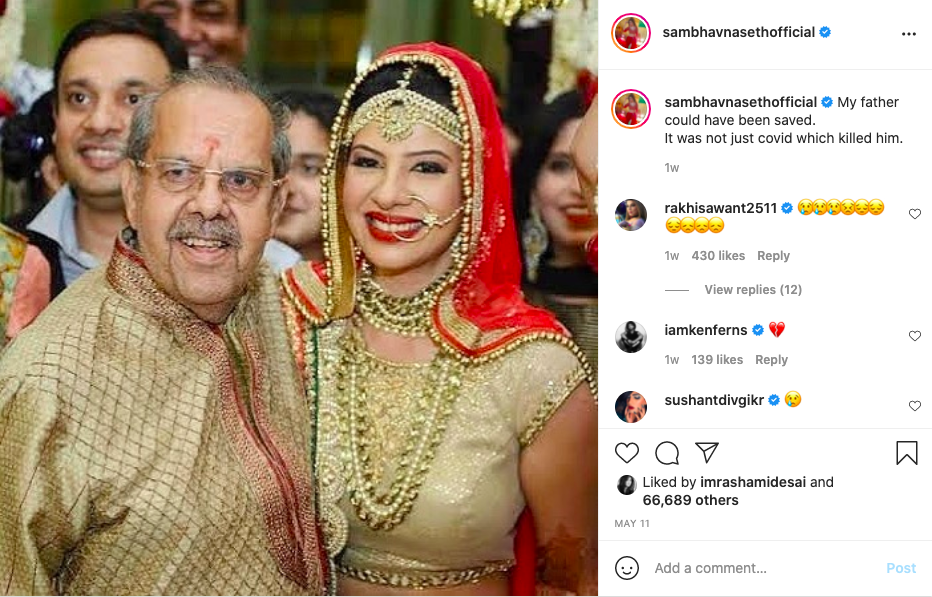 Sambhavna wrote, "My father could have been saved. It was not just COVID which killed him."