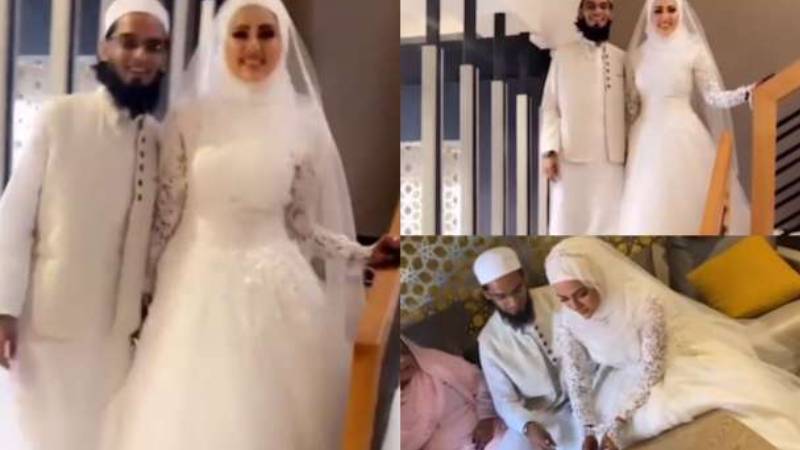 Sana, who announced quitting showbiz a while back, has reportedly tied the knot with a young religious scholar from Gujarat going by unconfirmed reports. In several videos and pictures on the internet, Sana and her groom can be seen walking down the stairs together. They hold each other's hands and, at the end of the clip, the two sit down with family members and cut a chocolate cake together.

Going by the reports, Sana tied the knot with a cleric Mufti Anas from Gujarat. However, Sana has not officially posted anything on her social media handle yet.

Also Read: NCB arrests comedian Bharti Singh after she and her husband accepted consumption of drugs