Microsoft CEO Satya Nadella opens up about his favourite cricketer: Sachin from the past, Virat now

Although US President Donald Trump mispronounced Sachin Tendulkar as 'Suuchin' to the amusement of many, including the International Cricket Council (ICC), for cricket lover and Microsoft CEO Satya Nadella, Sachin is his favourite cricketer from the past while he loves to see Virat Kohli batting nowadays. 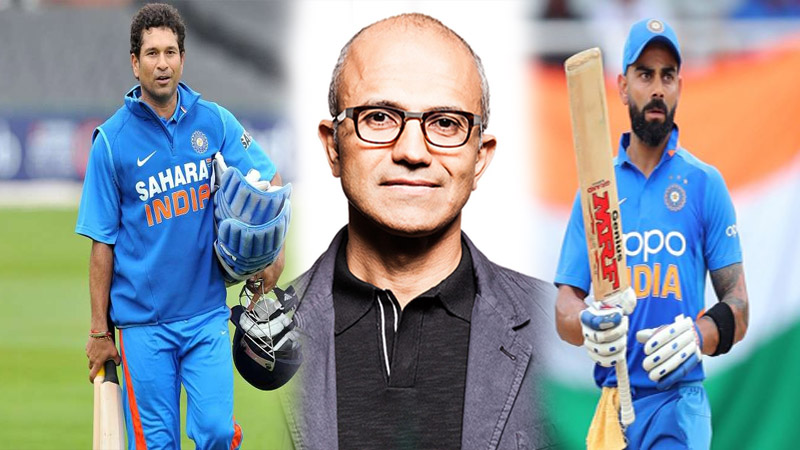 "I would say Sachin from yesterday and Virat today," Nadella told Anant Maheshwari, President, Microsoft India, here on Tuesday when asked about his favourite cricketer.

"I would prefer coding for cricket. I met Anil Kumble yesterday. He has a startup where cricket bats are equipped with Internet of Things (IoT) sensors. Coding is one thing that I would say is a malleable, changeable resource for a great future," Nadella told the gathering at Microsoft's 'Young Innovators' Summit' in the capital.

"The thing really inspires me is that how coding needs to become such a core skill, irrespective of whether you are in computer science or you're in medicine or even history because there's AI in literature," he said.

"I always think of coding is like poetry, it's just compact expression. So I think coding can inspire you, in both liberal arts as well as in the sciences, to really make a difference," Nadella added.

Earlier, Nadella highlighted two key trends that will define the compute fabric needed in the future. There will be 50 billion connected devices by 2030, which will be the endpoints. On the other hand, by 2025 data generation will quadruple to 175 ZB.