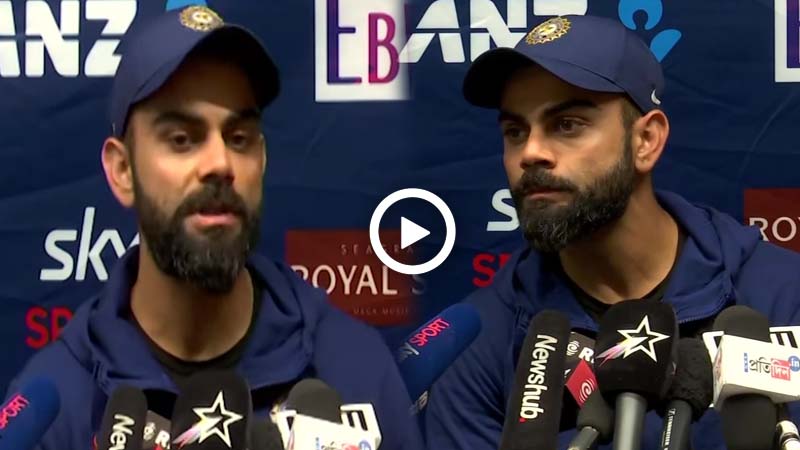 In a big setback, Newzealand defeated India in the Wellington Test on Monday. This is the first defeat of India in World Test Championship (WTC) after 7 consecutive wins. India registered their 1st Test loss since the Perth Test in 2019. The Wellington defeat means that New Zealand has now emerged as winners in all 4 of their latest encounters with India in major ICC tournaments.

After the defeat, Indian team captain Virat Kohli addressed the press conference and faced the heated question. During the press conference, Virat said that there are a lot of people who want to get into their head knowing they are a side 'who can beat anyone anywhere' by making 'too much out of' the hammering at the Basin Reserve.

Also Read: It was the proudest moment of my life: Sachin Tendulkar's inspiring speech after winning Laureus Sporting Moment of 2000-2020