Recently, CM Bhagwant Mann has announced an Anti-Corruption helpline number where people can register all their grievances related to the corruption they have faced. 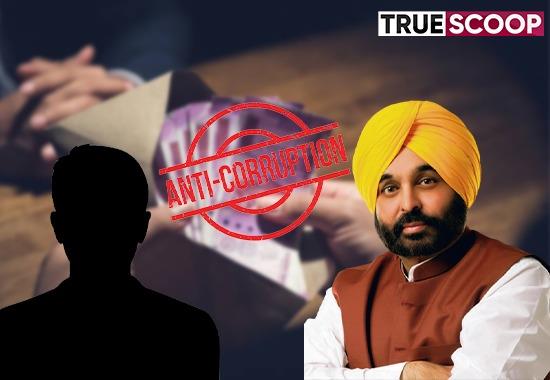 Recently, CM Bhagwant Mann has announced an Anti-Corruption helpline number where people can register all their grievances related to the corruption they have faced.
A few months back, Gaurav Thakur, President of an NGO named ‘Umeed’ based in Amritsar registered a complaint on the same helpline number and also to the commissioner of Amritsar informing them about the corruption going on in the Municipal Corporation Office. He submitted all the evidence like documents, audio recordings, and important details about the officers who all were involved in the corruption to them but no action has been taken by anyone against the officers till now. He also informed the officials that this has been going on since the time of the Punjab Elections.
He has also registered the same complaint in the Vigilance Bureau and local body of Punjab that the JE, Manjit Singh Saini is uneducated and all his work is done by his right-hand Vikram.
Later, the president who reported against the officials started getting threat calls and was pressurized by the officers to take back his case. After all this, the President of Umeed NGO took the help of social media platforms to raise his voice against the corruption going on but soon after he did the same a defamation case was lodged against him by the officers.
ALSO READ:  “He'd not have died this brutally, had his visa come earlier”: Wife of Sawinder Singh killed in Kabul attack
The NGO has now come in contact with TrueScoop to seek help regarding the same case. Through this news, we would just like to bring it to the notice of concerned authorities about what is going on in the state and would request them to take strict action against it.
As a part of Scoop Helps, True Scoop aims to bridge the gap between the public and government by ensuring that wrongs are corrected and action is taken. To further our goal of action-oriented journalism, we’ve launched “News + Followups” where we shall not only be responsible for reporting, but True Scoop will also take the extra mile and ensure that action is taken on it.
If you have such a story that deserves attention, reach out to us at +91 7087019003