Along with the DGP, the SSP of Firozpur and Bathinda Harmandeep Hans and Ajay Maluja respectively have also been called for the inquiry. 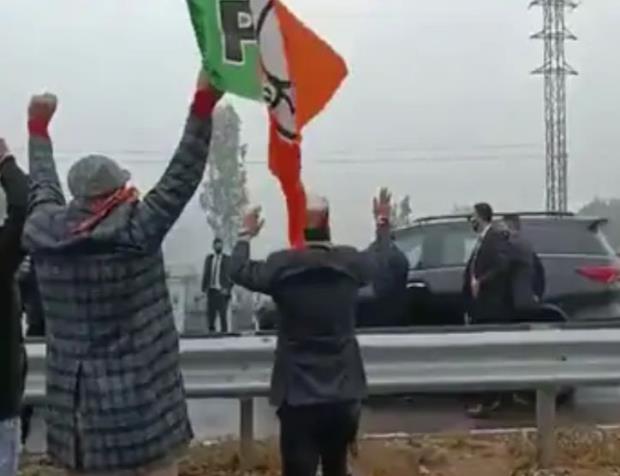 In the wake of the current security breach incident of Prime Minister Modi’s motorcade of the Bathinda Firozpur route, Home Ministry has issued a notice against the acting DGP Chattopadhyay. The ministry in its notice has asked as to why an All-India Service Rules inquiry should not be instantiated against him following the incident on the 5th of January as he failed to carry out the needful according to the SPG act.
Along with the DGP, the SSP of Firozpur and Bathinda Harmandeep Hans and Ajay Maluja respectively have also been called for the inquiry.
At the same time, after the Supreme Court issued an order, IG Santosh Rastogi of the NIA (National Investigation Agency) has been appointed to help the Registrar General of the High Court to reconcile all the documents related to the PM’s visit.
The notice issued by Archana Verma, deputy secretary, Home Ministry, to the DGP reads, that the VVIP’s were stuck on the flyover for 15-20 minutes just 100 meters short of the venue. This is a grave matter. it appears that the route clearance was given to the PM on January 1 and 2 without addressing the concerns raised in the advanced security liaison.
It goes on further to say, that according to the blue book and the prescribed procedure, he should have made all the arrangements for the VVIP as the DGP of the state. For the motorcade, additional security should have been put in place on the road addressing the contingency plan. It looks like there were no such efforts or plans made or they just were not effective. Apart from this, the police force at the spot of occurrence of the breach was simply not effective or competent to disburse the crowd. The senior policemen at the place did not bother to evacuate the motorcade of the PM. The police were deployed only for the sake of consummation.
Also read: Pakistani boat seized by BSF from Sutlej, just 50 Kms away from PM’s Convoy
The Centre following its protocol has sent a team to Punjab regarding the lapse. On Thursday the team visited the Bhisiana airport to the PM’s motor route and the Hussain-Wala memorial. After this, they went to the BSF camp where 14 police officers were summoned and interrogated.