The others convicted for the crime were Krishan Lal, Jasbir Singh, Avtar Singh, and Sabdil. One more accused in the murder case had passed away in October last year. 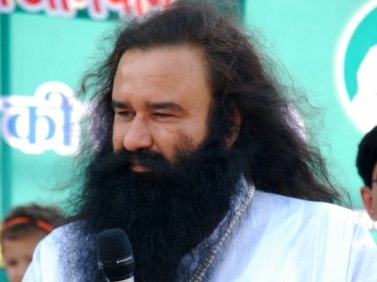 Dera Sacha Sauda chief and self-styled godman Gurmeet Ram Rahim and four others have been sentenced to life imprisonment by a special CBI court today. On October 8, they were found guilty of the murder of Ram Rahim's former manager, Ranjit Singh in 2002.

The others convicted for the crime were Krishan Lal, Jasbir Singh, Avtar Singh, and Sabdil. One more accused in the murder case had passed away in October last year.

Meanwhile, ahead of the sentencing, prohibitory orders under Section 144 of the Code for Criminal Procedure were imposed in the Panchkula district of Haryana. The precautionary measure was implemented in the wake of Ram Rahim's conviction in a rape case in August 2017, when 36 people were killed.

Ram Rahim has been undergoing a 20-year sentence at the high-security Sunaria jail in Rohtak, 250 kms from state capital Chandigarh, for raping his two disciples, and was sentenced to life for the murder of a journalist in 2002.

The CBI had sought the death penalty under Section 302 of the Indian Penal Code for the jailed Gurmeet Ram Rahim after which the Dera head had pleaded for mercy via video conference from Rohtak jail.

The court also imposed a penalty of Rs 31 lakh on the godman, half of the amount will be given to the victim's family as compensation.

Ranjit Singh, a former follower of Ram Rahim, was shot dead by four assailants on July 10, 2002, at his native Khanpur Kolian village in Kurukshetra district.

According to CBI, Ranjit Singh was murdered as Ram Rahim suspected that he was behind the circulation of an anonymous letter that revealed the sexual exploitation of woman followers at the dera. It said Ram Rahim had criminal antecedents and committed the offence in a cold-blooded manner.

The victim's son Jagseer said the family finally got the justice, though after much delay. "My grandfather who fought the battle for justice of his son died in 2016. I was just eight years old when my father was murdered in a cold-blooded manner," he told the media.

Prime prosecution witness, Khatta Singh, a former driver of the sect chief, played a crucial role in the case by unfolding a conspiracy behind killing the sect manager.

Ram Rahim was patronised by political leaders and parties in Punjab and Haryana for nearly two decades due to his ability to influence the votes of his followers.