Semi-lockdown in Karnataka, schools shut till January 19 after Covid surge 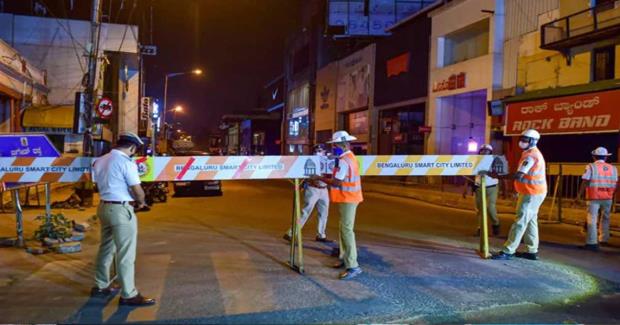 Following an unprecedented surge of Covid-19 cases in the state on Tuesday, the Karnataka government has imposed restrictions and issued new guidelines till January 19. In response to the worrisome surge, the state government has announced a weekend curfew and a two-week extension of the night curfew in Karnataka.
This comes in the wake of the state's fourth consecutive day of high infection rates, with 2,479 cases and four deaths reported on Tuesday. According to the health authorities, this brings the total number of cases and deaths to 30,13,326 and 38,355, respectively.
Since January 1, when the tally surpassed the 1,000 mark after a three-month hiatus, the state has seen an increase in new cases.
On Tuesday, Karnataka Health Minister Dr K Sudhakar confirmed 149 new Omicron cases, bringing the total to 226. According to government data, the number of coronavirus patients had doubled in three days.
In the wake of a worrisome spike in Covid-19 cases in Bengaluru, he insisted on the need for precautionary measures. Dr Sudhakar predicted that the third wave of Covid-19 has arrived and that the state capital will be in the epicentre of the latest outbreak.
Meanwhile, Chief Minister Basavaraj Bommai met with ministers, experts, and top authorities in Bengaluru to review the city's coronavirus situation, following which the new restrictions were announced.
Karnataka new Covid guidelines
Also Read: K'taka HC's notice to govt to provide job to slain cop's son