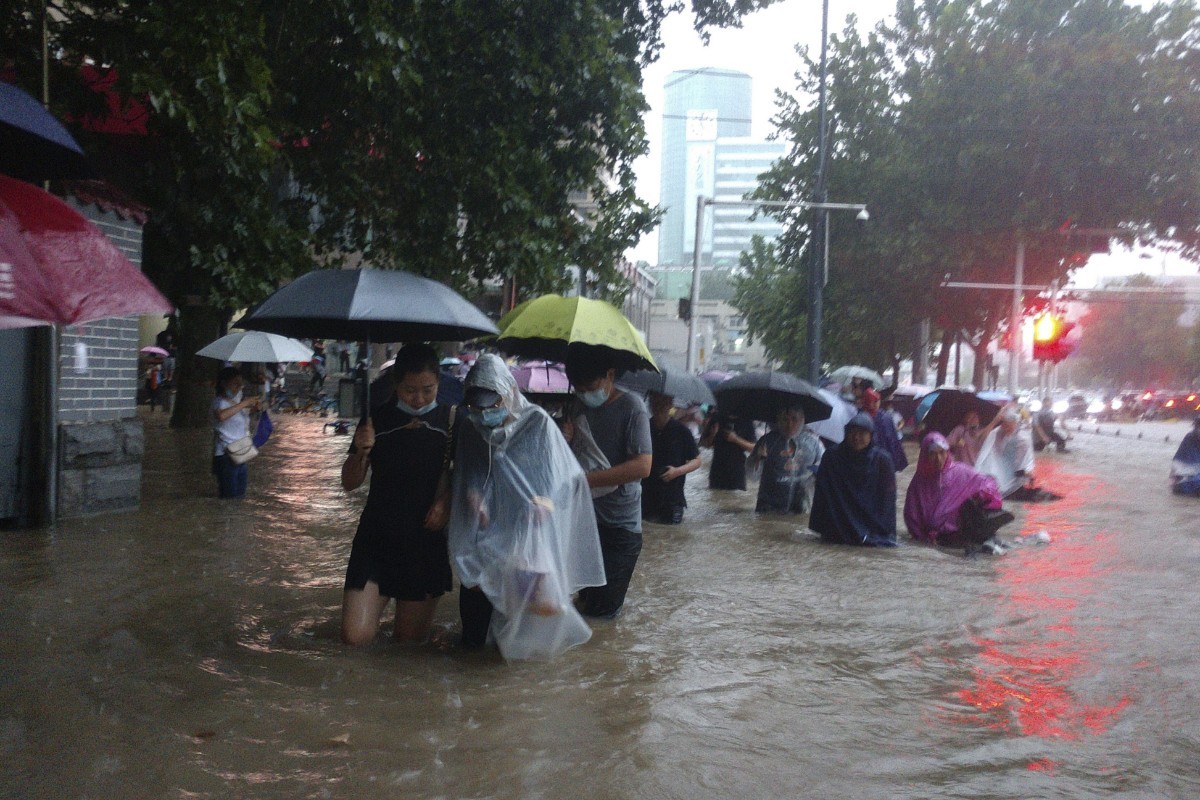 As the severe floods rip through the Chinese city of Zhengzhou, around 100,000 people have been relocated. Over 12 people have been reported dead, on Wednesday, after record-breaking rainfall flooded a subway in the city which is also known as the world's biggest production base for iPhones.

Soldiers are spearheading the rescue effort in the city of Zhengzhou in the central province of Henan. Inbound flights are halted and authorities are working to prevent dam breaches, restore lost power, assess collapsed roads and pump out submerged gas stations.

Reportedly, more than 10 million people were hit by unprecedented rains that have flooded the streets and subway. President Xi Jinping has urged officials to boost disaster relief efforts, saying the city is experiencing severe impact.

“Flood prevention situation was very severe" and at a "critical stage" said Chinese President Xi Jinping. He further said that the floods had already caused "serious loss of life and property damage," and that all departments should prioritise "the protection of people and their property."

Spine chilling visuals of passengers contending with the fast-rising waters inside a train carriage have gone viral on social media. According to local media, passengers trapped inside the train were recused after the rescue team cut open the roof of coach.

Some of the images that went viral show dramatic rescues of pedestrians in Zhengzhou from torrents gushing through the streets.

Experts claim the rainfall on Tuesday was equivalent to more than eight months' worth of the city's average rainfall, making it just another example of extreme weather caused by climate change. These claims come after the world witnessed the devastation caused by heatwaves in the United States and Canada along with significant floods in Europe and India, wildfires in Siberia, and drought in parts of Africa and Brazil.