Shahid Kapoor’s ‘Jersey’ 1st-day collection, is it a flop or a hit? Get the details

The movie’s total budget was around 60 crores but due to delayed release, it crossed this figure. 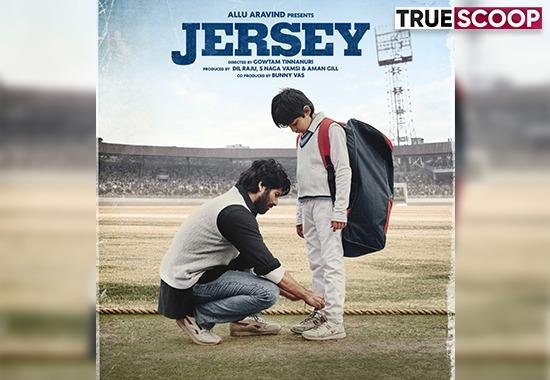 Shahid Kapoor’s new movie ‘Jersey’ recently released at the box office too at the time when people are going crazy about the Kannada film ‘KGF 2’. Before this Shahid Kapoor did a movie name ‘Padmavat’ in the year 2018 which made a collection of Rs. 302 crores at the domestic box office. After this, he did a movie Kabir Singh’ which came out in 2019 and made Rs. 278 crores. Now, his new movie has been released on about 2100 screens within the country and around 600 screens abroad. The movie’s total budget was expected to be 60 crores but due to the delay in the release of the film the budget has gone around 100 crores. In this scenario, the markers estimated around Rs. 8 to 10 crores in the opening of the film which was considered to be satisfactory. But the things have not gone as to the expectations, the opening of the film has decreased slightly.
The first-day collection:
The worldwide released Shahid Kapoor’s ‘Jersey’ made around Rs. 7.10 crores according to its initial figures. Considering the domestic box office, it made a net collection of Rs. 4.70 crores on the first day of release. The domestic gross collection of the film was Rs. 5.90 crores and the earnings abroad were around Rs. 1.20 crores. IMDB gave a rating of 8.3 to the film on its release date. The film’s box office collection improved on Saturday and Sunday. By this, the film’s fleet can be crossed looking at the appreciation of the people watching the film. Some reports even said, the two upcoming films which are ‘Heropanti 2’ and ‘Runway’ might benefit Shahid Kapoor’s ‘Jersey’ as they don’t have a strong script. This can help ‘Jersey’ increase its box office collection.
Also Read: Boycott Kareena Kapoor trends for not wearing 'Bindi' in Akshaya Tritiya ad; insulted Hinduism: Fans
The coming days Friday and Saturday are expected to be important days for the movie. ‘Jersey’ has actors like Shahid Kapoor, Mrunal Thakur, Ronit Kamra, Pankaj Kapur, Geetika Mahendru, Shishir Sharma, Rituraj Singh and Rudrashish Majumdar have already suffered a lot. The reason for the loss is expected to be the wrong marketing. The makers conducted a social media campaign for the movie which was very weak. During the promotional time of the film, no particular or clear message was circulated amongst the audience. Even the subject matter of the film was not made clear to the audience. The posters were made in such a way that the audience could depict it as a sports-based film that is cricket centric. But actually, the film revolves around a man who is facing a mid-age life crisis.
In the upcoming time, we can see Shahid Kapoor with the debutant director Aditya Nimbalkar in his movie ‘Bull’. Then with Ali Abbas Zafar’s ‘Bloody Daddy’. Apart from this, the actor is also working on a series for Prime Video with Raj and DK. His debut movie was in the year 2003 ‘Ishq Vishq’ and he has been the dancing star of Indian cinema. He has also expressed his desire of doing a dance film in the future.