Shahnaz Gill was present with Siddharth Shuka during his last moment; she says it to her father

Sidharth Shukla breathed his last on Thursday morning, September 2. Sources reveal that Shehnaaz Gill, who shared a close bond with the actor, was present with him during his last breath 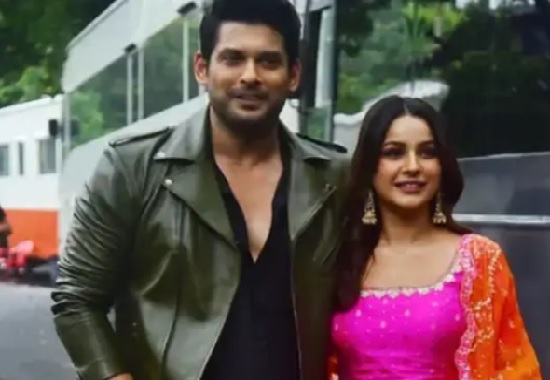 Bigg Boss-13 winner Siddharth Shukla died of a heart attack on Thursday. He was only 40 years old. No injury marks were found on his body, but his postmortem has been done. It was also videographed. However, his body will be given to the family in the morning. After this, the body of Siddharth will be kept in the celebration club for the last glimpse. His last rites will be performed at 10 am on Friday.

The entertainment industry is shocked by the news of Siddharth's death. Salman Khan, who gave him the title of Bigg Boss winner, said that Siddharth left too soon. Siddharth's family has not expressed any apprehension regarding the death. The police have recorded the statement of Siddhartha's mother, sister and brother-in-law.

Sidnaz's pair broke up, girlfriend Shahnaz is in deep shock:

Siddharth was in a relationship with Shahnaz these days. The pair of both was famous by the name of Sidnaz. After the death of Siddharth, Shahnaz is deeply shocked. Shahnaz also wanted to marry Siddharth. This was told by Siddharth's close friend and Bigg Boss-13 participant Abu Malik to the media. At the time when Siddharth was unconscious in the house, Shahnaz was also present there. She often used to visit Siddharth at his house.

The media spoke to Shehnaaz's father Santokh Singh Sukh in this regard. According to a report, Santokh said – The daughter is in a bad condition. Shahnaz was saying that Papa, he has died in my hands. How will I live now? He left this world in my hands.

Shahnaz was with Siddharth in Bigg Boss-13. The rumors of an affair between the two started on the show. Even after the show ended, Shahnaz always openly mentioned that he likes Siddharth. However, Siddharth never admitted that he is in a relationship with Shehnaaz, but did not deny it either.

When his health deteriorated, he asked his mother for water at 3 o'clock in the night:

Siddharth was seen taking a walk with mother Rita on Wednesday evening. Siddharth had taken some medicines before going to sleep on Wednesday night. At around 3 pm, he felt restless and asked for water from mother Rita. Told them he was not feeling well. After this Siddharth went to sleep. When mother tried to wake him up in the morning, she did not wake up.

The mother called daughter Preeti, who came with her husband, and Siddharth was then taken to Cooper Hospital. Here the doctors declared him brought dead. It is being told that the last rites of Siddharth will be performed tomorrow.

The family doctor was called when Siddhartha's health deteriorated, who reached around 8 in the morning. After this he advised Siddharth to be taken to the hospital. Siddharth used to exercise for 3-4 hours daily, but the doctor had prohibited him for more exercise.

Salman Khan gave Siddharth the title of winner of Bigg Boss-13. Salman tweeted that you left too soon. You will be missed. At the same time, singer and Bigg Boss-14 runner up Rahul Vaidya has posted a photo of himself with Siddharth. Wrote- You left too soon brother. wrong thing. Sonu Sood said that he cannot believe that he is no more.