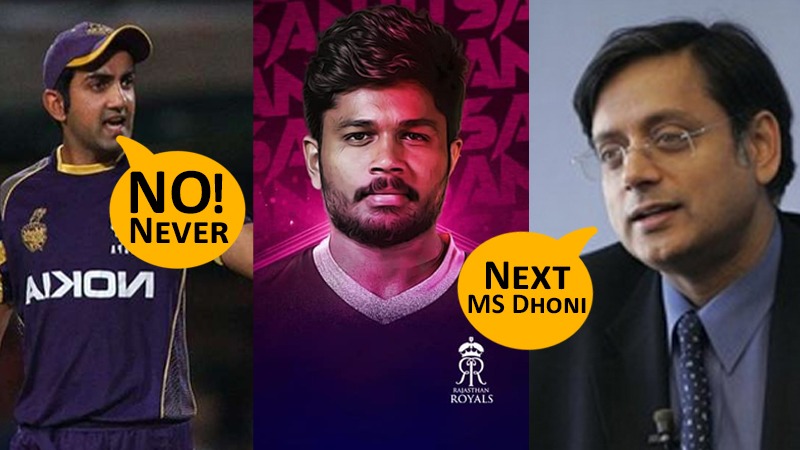 Former India opener Gautam Gambhir has said Sanju Samson ‘doesn’t need to be next anyone’ after Congress leader Shashi Tharoor called the Kerala batsman the next MS Dhoni. Tharoor made the comment after Sanju Samson played yet another impressive knock in IPL 2020, helping Rajasthan Royals beat Kings XI Punjab in a high-scoring game on Sunday.

After scoring 74 in his first game of the campaign against Chennai Super Kings, Sanju Samson played a whirlwind knock of 85 against Kings XI to help Royals chase down 224 with three balls remaining. It is now the biggest successful chase in the history of the competition.

Sanju Samson arrived at the crease after Jos Buttler departed cheaply and took the Royals bowlers to the cleaners right from the start. He shared 81 runs off just 42 balls with Steve Smith for the second wicket to lay the foundation for the chase before the latter departed.

After Smith’s departure, the right-handed batsman kept the chase on track before departing in the 17th over. After his departure, Rahul Tewatia hit five sixes in an over to seal the game for Royals. Sanju Samson was adjudged the Man of the Match for his 42-ball effort that was studded with four fours and seven sixes.

Gautam Gambhir disagrees with Shashi Tharoor. However, Gautam Gambhir was quick to shut down his fellow politician. The batting legend, who is a big admirer of Sanju Samson, responded to Tharoor’s tweet by writing: