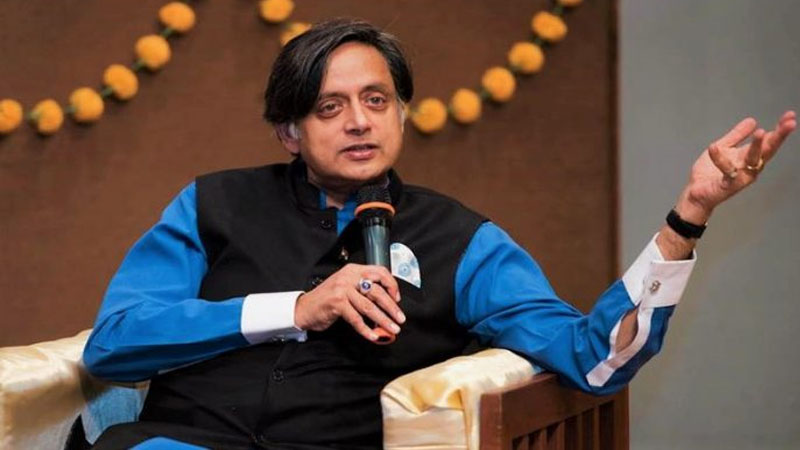 Shashi Tharoor is not happy with what he sees as a gulf between Kejriwal's words and actions in lieu of ongoing protests against the Citizenship Amendement Act (CAA).

When asked by a TV channel, if Arvind Kejriwal was reading the "silent majority's" mood prior to the assembly election, Tharoor said the Aam Aadami Party leader was "trying to have it both ways," by demeaning government's citizenship policies on one hand but not taking "any concrete action" on the other.

Congress MP also said, " He's not even shown the human compassion one expects from the chief minister towards the victims of violence in his own state." Right after the statement, Tharoor came up with offensive remarks:

"...Mr. Kejriwal really wants power without responsibility, which we all know has been the prerogative of eunuchs for ages. And that kind of completely ineffective chief ministerial approach is apparently going to safeguard his space. I don't know. I mean, you can spend all your political life trying not to make enemies, but at the end of the day, what do you stand for?..."

In an apology on Tuesday, posted on Tharoor's official twitter handle, Shashi Tharoor said, "he had used an old line from British politics." He called his remarks the " quote about power without responsibility," and made no mention at all of his use of the word "eunuch."

However, the original line ended with " the prerogative of the harlot"-- which means a prsotitute or a sexually promiscuous woman-- and is attributed to Rudyard Kipling, and later, former British Prime Minsiter Stanley Baldwin. The "eunuch" variation was used by the playwright Tom Stoppard and the Sir Humphrey Appleby, a character in the BBC sitcom Yes, Prime Minister. 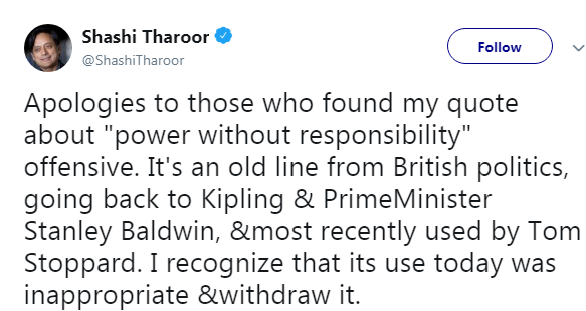