Veteran actor Shatrughan Sinha has extended support to the farmers and also slammed the Modi government over Rihanna's tweet. 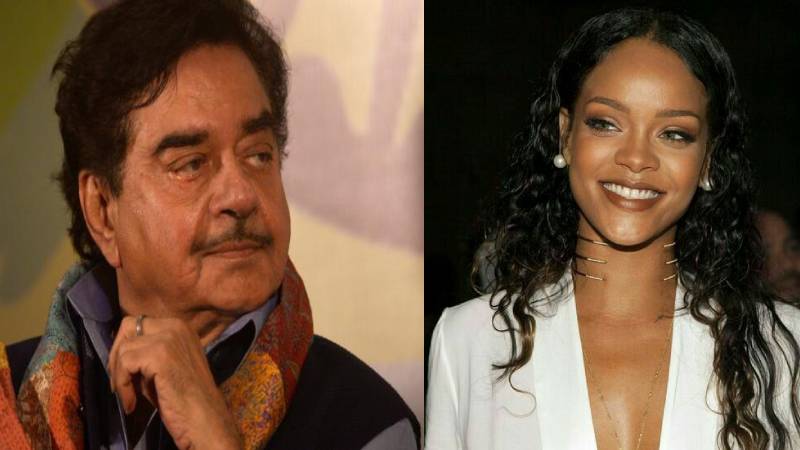 Bollywood veteran actor and Congress leader Shatrughan Sinha lashed out at the Modi government over Hollywood pop-star Rihanna's tweet. Hollywood pop-star Rihanna on Tuesday took to Twitter and why farmers' issues are not being addressed? This created a huge uproar as many international celebrities extended their support and started slamming the Modi government. Following that the Ministry of External Affairs (MEA) released an official statement and said, "Temptation of sensationalist social media hashtags and comments, especially when resorted to by celebrities and others, is neither accurate nor responsible."

This united most of the celebrities of India including Bollywood and sports. Every section of the Indian society joined  #IndiaTogether and #IndiaAgainstPropaganda trends on social media. However, there were celebrities from India who did not feel the same way. Now, veteran actor Shatrughan Sinha has extended support to the farmers and also slammed the Modi government over Rihanna's tweet.

In a series of tweet, Shatru wrote, "Why is the Govt not making genuine efforts to resolve the justified demands of our own farmers? But when Int'l pop singer Rihana asks a simple question via a tweet ...it creates a flutter. Many people aren't fully aware of the real issues with the farmers. As always most respected, learned, Magsaysay award winner senior exec editor NDTVIndia @ravishndtv explains the situation with clarity through this video. Shared here for your understanding & enlightenment on the subject. Must watch! Jai Jawan! Jai Kisan! Jai Hind!"