‘She has been a role model’: Sachin Tendulkar praises Mithali Raj ahead one-off Test against England

Prior to Team India's red-ball match against England, Master Blaster Sachin Tendulkar applauded and praised 'role model' Mithali Raj. Mithali has been a member of the International Cricket Council (ICC) since 1999. 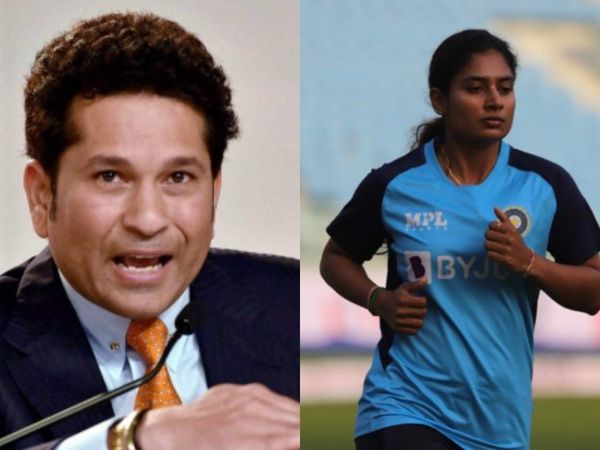 The Indian women's cricket team is set to play Test cricket after a seven-year gap, when Mithali Raj's side takes against Heather Knight's England in a one-off encounter beginning today (June 16). The match will take place over four days at Bristol's County Ground. Since 2014, the women's team hasn't played a red-ball match.

In 2014, India welcomed South Africa in Mysore for a one-off Test match. The game was won by an innings and 34 runs by Indian team. Mithali had led the team to victory in that match and continues to do so. Mithali has played a total of 214 One-Day Internationals, making her one of the most longing women cricketers in history. Despite the fact that she has only played in ten Tests. Former India captain Sachin Tendulkar praised Mithali and called her a role model ahead of the Indian women's team's ahead of Test cricket. Tendulkar complimented Mithali for her dedication to the game and for inspiring others over her long career in an interview.

"She has accomplished an amazing achievement. She has served as an inspiration to everyone. She has been a role-model for everyone. The way she has carried herself, the way she has remained dedicated to the game, giving her all and continuing to work hard, encouraging and assisting others, has reflected who she really is.
Also Read: 'Always a special feeling': Ravindra Jadeja wishes Indian women’s squad playing their Test after 7 years

"So I'm overjoyed that she'll be a key member of the team that will teach so many young people how to play Test cricket."In T20 cricket, you don't need to be as technical, but in Test cricket, you must consider all of these factors.”

Mithali made her India debut in 1999 when she was 16 years old. In her first match against Ireland, she hit a century. Mithali Kumar, India's long-serving captain, guided the team to the finals of the 2005 and 2017 50-over World Cups.

Mithali Raj is the highest run-scorer in ODI cricket (women's ODIs) with 7098 runs. In this format, she is the only hitter with over 6000 runs.

The Master Blaster also sent a message to the team ahead of its return to red-ball cricket, advising them to take use of the additional time provided in Test cricket.

He said, ”My only message to them is that you have a lot more time than you think. So relax and take your time. Because you'll be playing Test cricket for the first time in a long time, you'll be nervous, and your anxiety levels will be high, so give yourself some time".

In addition to the red-ball match, India will play three ODIs and as many T20Is in England. Later this year, the Mithali Raj-led squad will play one more Test match, this time against Australia. It will be a day-night match, with pink balls will be used.