Punjab’s famous actress and Bigg Boss 13 fame contestant Shehnaaz Gill is celebrating her 29th birthday today. Fans can’t get over her bonding with Sidharth Shukla in Bigg Boss house. Sidharth left this world last year.
Sidharth, the Bigg Boss 13 winner, was a well-known entertainment figure who appeared in films such as Humpty Sharma Ke Dulhania. The actor's most recent appearance on TV was in Ekta Kapoor's famous programme 'Broken But Beautiful 3,' in which he played Agastya.
Fans are sharing Shehnaaz pictures on social media from her last year's birthday celebration. They were the most loved pair on screen. Fans used to call them ‘Sidnaaz’. Shehnaaz Gill and Sidharth Shukla met in the house of 'Bigg Boss 13'. Whose videos still dominate social media. Both of them expressed their love for each other many times.
Take a look at pictures from her last year 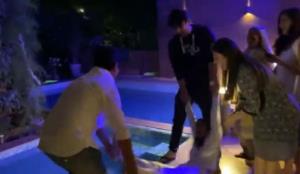 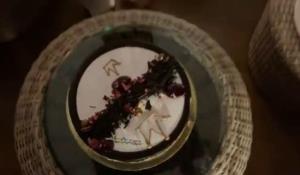 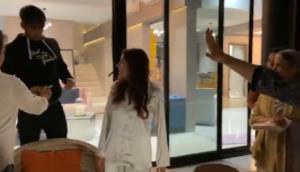 Also read: Bigg Boss 15: Tejasswi Prakash calls Shamita Shetty an 'aunty'
At the grand finale of Bigg Boss 15, Shehnaaz Gill will pay a heartfelt tribute to Sidharth. Colors Tv shared a promo of their final episode in which Shehnaaz can be heard saying, “Jab main kisi se ladoongi, kisi ko manaoongi, mujhe teri yaad aayegi (Whenever I fight with someone or make up with someone, I will remember you)."