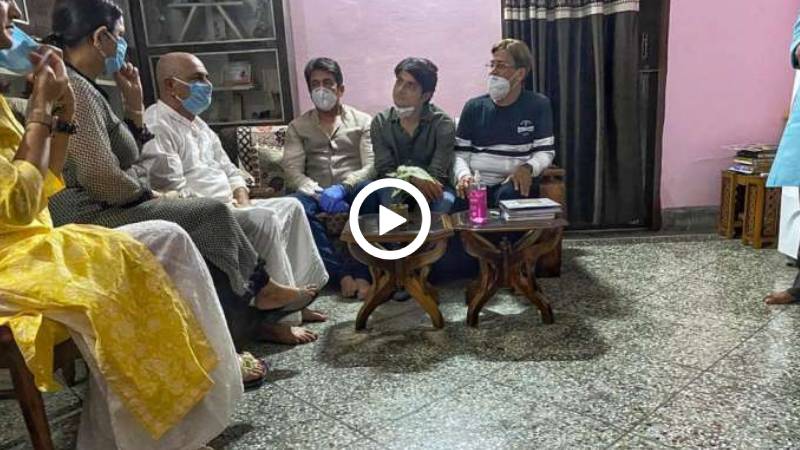 Shekhar Suman took to Twitter to inform everyone about his visit.

"Met Sushant's father..shared his grief. We sat together for a few minutes without exchanging a word..He is still in a state of deep shock..I feel the best way to express grief is thru silence.#justiceforSushantforum #CBIEnquiryForSushant," tweeted Shekhar Suman on Monday evening.

"A fight to finish..at Sushan's house in Patna. Won't give up no matter what.#justiceforSushantforum #CBIEnquiryForSushant," the actor wrote in a separate tweet.

On Sunday, Shekhar Suman had announced that he would be visiting Sushant's family in Patna and also meeting Bihar Chief Minister Nitish Kumar.

"Im going to my hometown Patna to meet Sushant's father and pay my respect to him and the CM Shri Nitish Kumar and all the admirers and fans of Sushant to press upon #CBIEnquiryForSushant #justiceforSushantforum @NitishKumar," the actor had tweeted on Sunday.

Shekhar Suman has created a forum called #justiceforSushantforum demanding a Central Bureau of Investigation (CBI) probe into the death of Sushant, even though the death is being investigated by Mumbai Police and post mortem has stated that Sushant committed suicide.