Undergraduates at Nanjing Normal University’s ZhongbeiCollege were infuriated over plan to merge the school with vocational institutes. 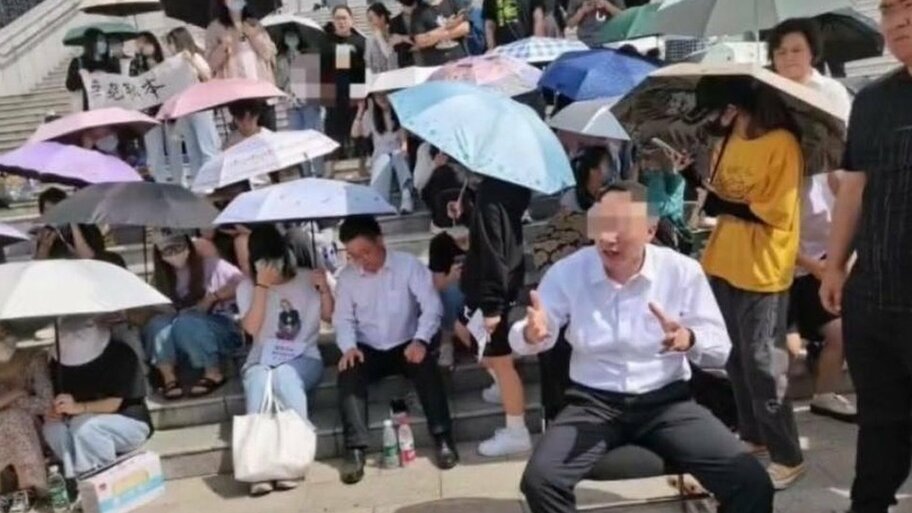 In a rare protest in China, students of a university held a school principal hostage for 30 hours over fears that their degrees would be devalued. Students were protesting against a proposal to merge a Nanjing college in Jiangsu with a vocational institute- which are seen as less prestigious in China.

Allegedly, undergraduates at Nanjing Normal University’s Zhongbei College were infuriated by a plan to merge the school with vocational institutes. Students feared that the new plan would downgrade their degree, following which they detained the principal on campus for more than 30 hours.

‘Undergraduates of the college in Jiangsu province gathered from Sunday and detained the 55-year-old principal. Students shouted verbal abuse and blocked law enforcement and refused to let the principal leave even after authorities announced the suspension of the merger plans,’ said Dhanyang city police.

During the protest, police used batons and pepper spray that injured some students. The police claimed the incident to be a massive hostage situation and accused students of being violent. However, Chinese students took to social media and showed proof of violence against them by the police.

Also Read: Can You Believe? Scientists working on medicine that will make human immortal

‘To uphold campus order, police took necessary measures in accordance with the law to remove the trapped person’ said police.

Such protests in China are rare as the mass movement is controlled. However, the protest emerged and videos were shared online. In the videos on the social media platform, police could be seen using baton and pepper spray on students, and dragging individuals from the crowd and beating them. Some photographs shared on social media showed a female student bleeding from the head after being beaten up by the cops.

Later, all the videos and pictures were taken off the internet by authorities and related hashtags were blocked.