'Adhura' will release on Saregama Music's YouTube channel and all major music streaming platforms on October 21. 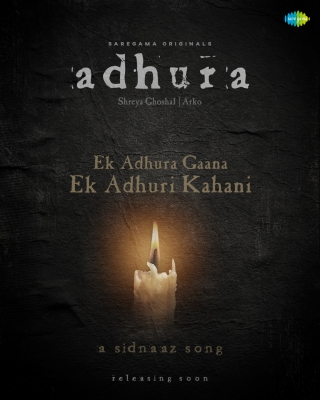 'Adhura' is a tribute to the memory of the late actor. The song will feature Shehnaaz and Sidharth and will have footage from the last time the popular pair shot together for the music video of the song earlier this year.

Shreya Ghoshal and Arko have composed the music for the song.

'Adhura' will release on Saregama Music's YouTube channel and all major music streaming platforms on October 21.

Known for his work in shows such as 'Babul Ka Aangann Chootey Na', 'Dil Se Dil Tak' and 'Balika Vadhu', Sidharth, who came out as the winner of 'Bigg Boss 13', died aged 40 after suffering a massive cardiac arrest on September 2.

He is survived by his mother Rita Shukla and two sisters.